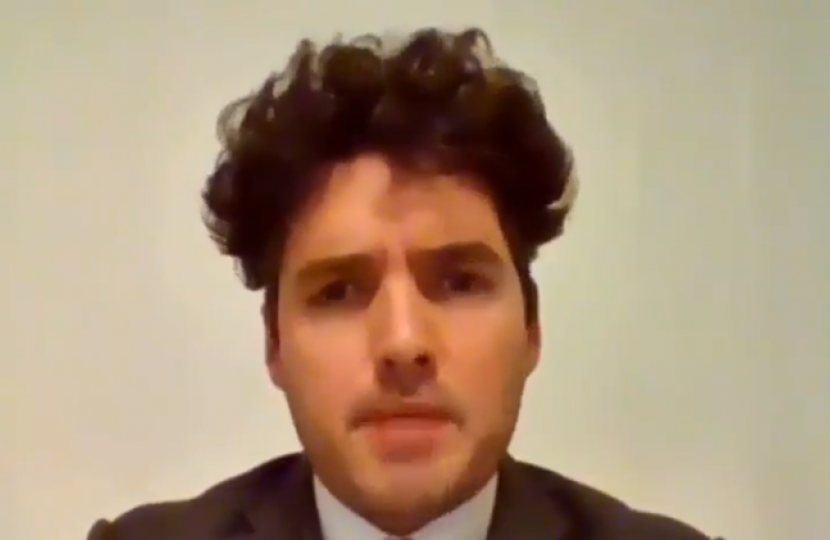 This Government has provided brilliant temporary support for businesses and households during this pandemic. One was the the increase of £20 a week in Universal Credit. Like the other Schemes this was never going to be a permanent increase, once normality returns, it would have to be paid for somehow either by increasing taxes or axing other important programmes.

"I am pleased to be able to contribute to this debate. I am proud of the Government’s response to the pandemic, supporting individuals and businesses by pumping in £280 billion of help, which the IMF and other global authorities have hailed as real and sound support for businesses and households. I was therefore disappointed to hear the Opposition spokesperson describe the £20 increase in universal credit, which has been an absolute godsend to so many during the pandemic, as turning into a cut. That is not the case, and it is important that everybody outside this place understands that.

The measures we have put in place are temporary, to support individuals and the country at large during the pandemic. Once the pandemic comes to an end and we return to some normality, of course the Government will not be subsidising 80% of employee wages, and of course the Government will not be paying businesses not to open. In the same way, we will go back to the same welfare support we have always offered; we have always made sure that those who deserve it get what they need to be supported.

If the Labour party is going to continue this extended increase in universal credit, will the hon. Member for Stalybridge and Hyde (Jonathan Reynolds) tell us how it will be paid for? Will it be a 1% increase in income tax on everybody else who works? Will it be the axing of the £2 billion kickstart scheme, which will pay a six-month salary for those between the ages of 16 and 24, to give young people a chance to get into the workplace? Will it be the end of the £3 billion restart programme, which will provide support for 1 million unemployed people to find work? Will it be the undoing of the doubling of the number of work coaches in our jobcentres to 27,000, which would cost £1 billion? That is three items that the Opposition could axe to fund the £6 billion, or will it just be chucked on top of the national debt, which was already in difficulty but has now got out of control as a result of the pandemic? This would end up being paid for by young people, who have already suffered during the pandemic. To chuck more debt on to those young people is completely unfair and unjust.

The hon. Member for Stalybridge and Hyde made a personal plea to new Conservative MPs from previously Labour-held seats. I have one too: please stand firm behind the Chancellor. Since 2010, there are 200,000 fewer people in absolute poverty, with 1,000 new jobs created a day and 1.2 million fewer workless households. If we turn every single temporary extension of help into a permanent one, we will not get the Treasury delivering the temporary measures that we badly need. I support the Government, I support universal credit, and I very much hope that the Opposition back down."