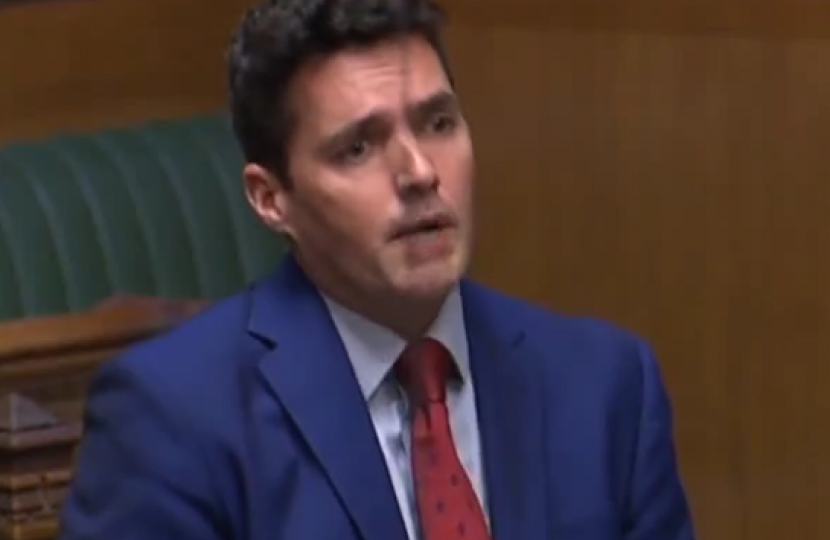 On Monday I asked the Exchequer Secretary to the Treasury whether the Government had prepared for any hit to GDP in the lead-up to a possible no-deal Brexit, following news that some hedge funds could profit.

"In June, the Bank of England reported that, thanks to the mitigation and preparation put in place by the Government, any hit to GDP in the event of a No-deal Brexit would be reduced by two and a half percentage points. Will the Minister, whom I welcome to his position, confirm that we have had more preparation since then? That means we should be further protected, meaning these individuals will not make their money."

"My hon. Friend is, of course, absolutely right that we are stepping up our preparations to cover all eventualities. That is why we made provision in the spending review, which was designed to ensure that we ​go into this autumn with the options open to us kept as wide as possible. Of course, it is also why the provisions of the surrender Act, which the Opposition brought forward against the will of this Government, are so unwise."