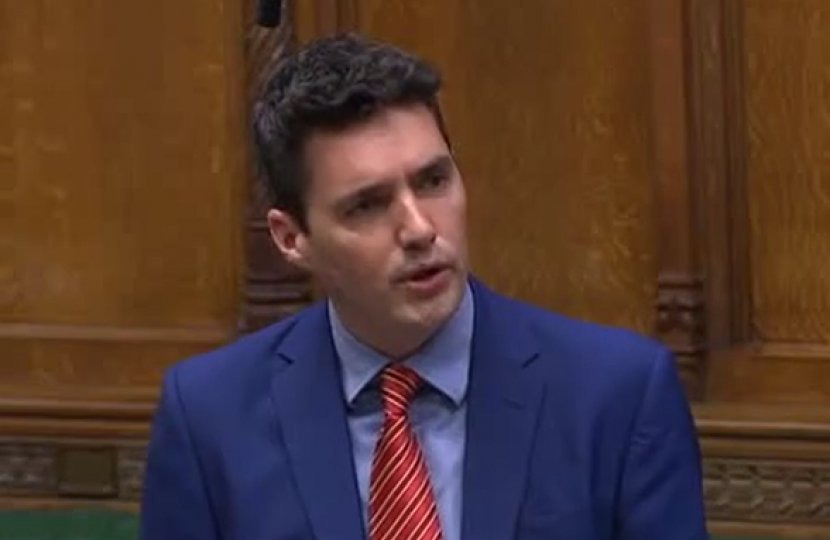 In a time when the tone of exchanges in the House has made headlines, I was heartened by the debate I took part in for the second reading of the Domestic Abuse Bill.

The Bill proposes the first government definition of domestic abuse, including financial abuse and controlling and manipulative non-physical behaviour. The Bill will establish the role of a Domestic Abuse Commissioner to promote best practice in providing services to survivors and perpetrators of domestic abuse. Other provisions include prohibiting cross-examination in person in family proceedings and ensuring that victims receive protection and a tailored response to their needs.

It is hugely important that we ensure that the justice system is strengthened so that it can deliver for victims. I called for strict guidance that ensures local authorities take in to account the fact that domestic abuse disproportionately affects women when making service funding decisions. We are also losing far too many non-statutory services from local authorities, which are often an early prevention for domestic violence and lessen the need for statutory services.

"One of my frustrations with being in this place is that I am often harangued by constituents who tell me how appallingly behaved the House is, but when I give them examples of the House at its best, they have rarely seen them; they tend to watch only when the House is full and in a rather febrile mood. I very much hope my constituents have watched what has unfolded this afternoon. It is heartening to have such cross-party support on ​such a vital issue, but it has also been incredibly moving to listen to hon. Members talk bravely about their own experiences.

"I have always promised my constituents I would never break out into applause in the Chamber, but such was the feeling I had when the hon. Member for Canterbury (Rosie Duffield) spoke that I did so for the first time. I also pay great credit to the hon. Member for Bradford West (Naz Shah) for her bravery and for shining a light on issues for particular groups that, to be frank, it is very difficult for me to talk about in the same manner. She represents her community so well. I pay tribute as well to my right hon. Friend the Member for Maidenhead (Mrs May). It is much easier to say “the Prime Minister”, and I wish I was still saying it, but it was remarkable to hear our former Prime Minister talk about this Bill, which she worked so hard to bring forward. I pay great tribute to her for all the work she has done to serve us.

"It is hugely important that we not only shine a light on domestic abuse but do something about it. It is important that we raise awareness and understanding, but we must also improve the justice system and strengthen delivery for victims of abuse. If we do that, we will give them a voice and the ability to vanquish those who ruin their lives. It is essential that the Bill delivers for victims.

"That is why I want to focus on what may occur in Committee. It is essential that the Bill remains roughly in a shape that allows it to succeed. There is great danger that if it is overloaded with too many amendments, it ultimately will not deliver in the way we have discussed. Therefore, although I agree strongly with my hon. Friend the Member for Congleton (Fiona Bruce) about abortion reform, which I very much favour, I do not believe this is the right Bill to deliver that reform. I will vote for that reform when it comes, but I worry that there would be an impact on this Bill if it were used in that manner.

"There have also been calls for relationships between under-16s to be included in the definition of domestic abuse. If we did that, we would need to be very aware of the impact of criminalisation on under-16s and ensure that there were age-appropriate consequences. If the perpetrator is over 16 and the victim is under 16, that is child abuse. We must ensure that we do not lose sight of that.

"On barriers to justice, it makes a great deal of sense to extend the prohibition on cross-examination by perpetrators to family courts and, indeed, civil courts. However, I have received petitions suggesting that we would need to think very carefully about how our family court system, for example, would look if we also prohibited cross-examination where domestic abuse was alleged rather than demonstrated, and if we widened the definition to include online abuse.