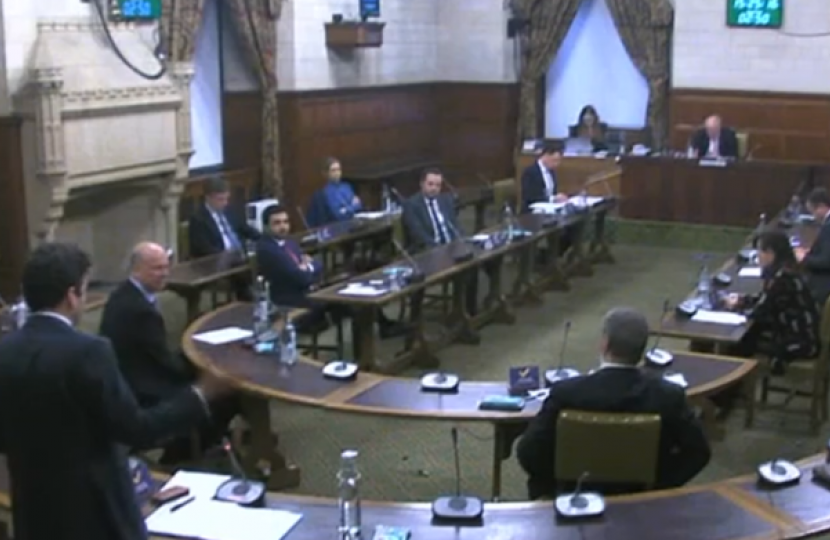 In a Westminster Hall debate on the Aviation Sector, I called again for testing passengers so that quarantine can be avoided. It will enable the aviation industry to restart amid this pandemic.

"It is a pleasure to serve under your chairmanship, Sir Edward. I thank my right hon. Friend the Member for Epsom and Ewell (Chris Grayling) for securing the debate. The right hon. Member for East Antrim (Sammy Wilson) is right: we have been here before. I remember my right hon. Friend saying, in a debate on, I think, the Minister’s second day in his job, that he had not intended to speak about areas of his old portfolio, but that he was driven to do it by the plight of the aviation sector. Yet here, as the right hon. Gentleman said, we still are.

It is right for us to recap the matter. Looking at aviation from the UK perspective, we have the largest aviation network in the Europe and the third largest in the world, contributing £22 billion to the UK economy. It employs—or employed—230,000 people with employment for an extra five people created off the back of each one of those workers. We have been a leader and a success story in aviation, but from there we have gone to being a laggard at opening up our skies again and getting passengers flying. That is what the aviation industry needs.

When the Transport Committee, which I have the honour of chairing, delivered a report on the impact of the coronavirus pandemic on the aviation sector, we called for financial support measures for the aviation industry, but we can see that there is pent-up demand. When the air bridge was opened up to the Canaries, bookings went up by 112%. Unfortunately, that was a few weeks before the November restrictions, so they ​collapsed again, but it shows that the demand is there, if only we can find a testing mechanism to allow passengers to fly with confidence.

It is not as if that mechanism is not out there. I received a spreadsheet from an aviation company: I would call it a spreadsheet of shame for the Government. It showed 30 countries that have already delivered testing, either before the passenger reaches the airport that they are going to transfer to, or once they have arrived. If those other countries can demonstrate, with science, that that can be done safely, why on earth can the UK not do the same thing, when we have been the leaders and pioneers in aviation? That is absolutely what is required.

The Minister, for whom I have much respect, was a member of the Select Committee so I know that he is passionate about the issue and that he believes in what I am setting out. My big question is whether No. 10 and No. 11 are really listening. The combined Department of Health and Social Care and Department for Transport aviation taskforce was supposed to report to No. 10 by the end of October with a proposal for bringing in testing. I do not believe that it did so. We still have not heard anything and while we cannot do anything right now, during November, there is so much negativity that we need to show real signs of opening. Perhaps the Minister can pass on that I would like No. 10 to ensure we get early indications of what the testing mechanism would be. Let us unlock our skies again. The industry is a great one, and it needs to come back with Government policy and support."