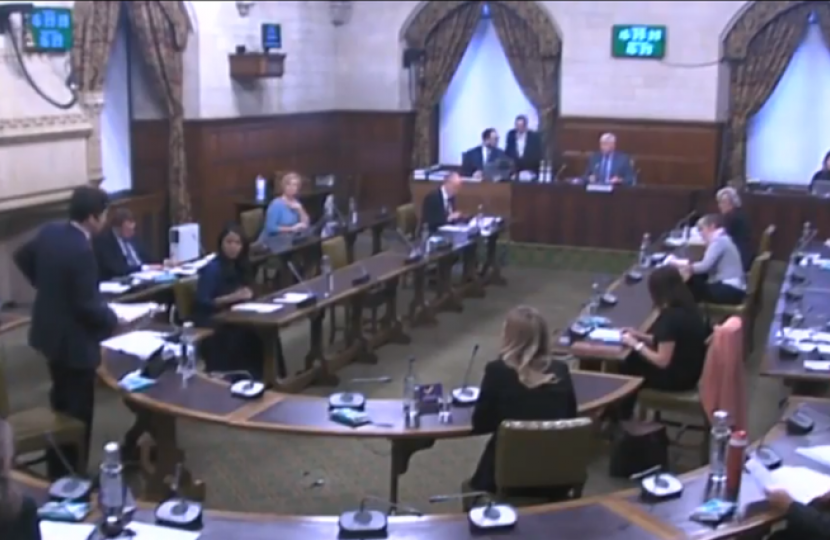 With the disruption to education that coronavirus has caused there was an urgent need to find a solution, if we are still in this situation in May 2021 - when students around the country would be expecting to take their exams. I believe that by sitting exams pupils are best able to demonstrate their abilities and by failing to do so could deny them the chance of progressing to university or securing job opportunities.

I spoke in a Westminster Hall Debate about this which you can watch and read the transcript below. Attached is also a Written Statement from the Department for Education outlining the steps that Government will be taking in this respect.

"Thank you, Mr Stringer. It is a pleasure to speak in the debate. Having not done too well in my maths, I am struggling to work out how much time I have got, but in any event I will not take all the allotted time. It is also a pleasure to follow the hon. Member for Gower (Tonia Antoniazzi), who gave a wide-ranging speech and an introduction to this e-petition debate as we rightly discuss covid’s impact on exams.

I want to talk about the cohort who have just been through their GCSEs and A-levels without sitting exams. I also want to look to the future and at the current cohort—what might be the right thing for them in the circumstances? Looking at the current year groups who are about to take their exams, I am very mindful of the written statement from the Department for Education today, which has announced that exams will be put back by three weeks. There is also talk of other changes. Can the Minister tease out a little more information from that written statement? Perhaps we can hear a little more from him about that.​

I start by talking about the pupils who have had a miserable time in the last six months of their GCSEs or A-levels. All pupils have been affected, but especially those who were unable to sit the exams that they worked so hard for. I am incredibly sympathetic and empathetic to what they have gone through. With the support of their teachers and loved ones, they had geared themselves up to take their big test—to find that they were unable to do so was heartbreaking for all concerned.

I know there has been a lot of discussion, with the benefit of hindsight, about how things could have been done differently, and I am sure it will come up again. All I would say in that regard is that I am very conscious that decisions were made by the Conservative Government in England, the SNP Government in Scotland, the Labour Government in Wales and the DUP/Sinn Féin Government in Northern Ireland, and they were not that different. Every single Department has had to wrestle with what is right in the circumstances in a fast-changing situation. I am certainly mindful of that, and I am grateful to all the nations’ Departments for what they have done. However, the reality is that some young people have missed out in certain regards.

I want to talk about the importance of exams. For some people, exams are the way they are best able to demonstrate their aptitude and their ability to have absorbed information. Young people who have not been able to sit their exams, which would have perhaps given them better grades than their teacher-assessed grades, have missed out. I stand here as someone who was in that exact situation. I got very poor GCSEs and went to a further education college—not the private, elite education to which the hon. Member for Gower referred, but then I am not in the Cabinet; perhaps there is a correlation there.

I attended a secondary modern school because I failed my 12-plus, and then I went through to a further education college, where my grades were effectively rather lazily based on my GCSEs, the assumption being that I had not been taught anything during the two years of A-levels. It was a surprise to everyone, not least me, when A’s were awarded. I had to start again and reapply to universities that perhaps I should have applied to in the first place. That occurred only because I took my exams. I am not suggesting the teaching quality is as it was decades ago, when I was in that situation, but many young people will have missed out on a great place at university, or somewhere else they want to go, because they did not have the opportunity to take an exam. They might have had the fallback, but—let us be honest—who was going to take that in the circumstances?

I absolutely applaud the determination to have exams back on the timetable for 2021; it is absolutely the right thing for us to do. However, I want to express my concern to the Minister about how much time has now been lost by pupils who will be sitting their GCSE and A-level exams. Arguably, they have missed out more of their content than those who would have sat exams in the year just gone, because by March they have pretty much finished their content for the two years. That cohort have lost a good six-month chunk, and I am very concerned. I would like to see us reflect on whether the syllabus and the content can be changed in order to take that into account.

It is fine to say we are giving an extra three weeks, but that does not correlate with the months that were lost, and I feel that would be right. I understand that geography ​has been looked at, in terms of field trips not going ahead, as has English literature, in terms of the reading. However, I believe that other subjects have not been looked at. Can the Minister tell us whether that can be done on a subject-by-subject basis and whether a report can be given back after the upcoming half-term has ended? Schools and pupils need that clarity.

The other thing that I ask the Minister to do is to take coursework into account. If we go down the road where schools are not able to hold exams again, which we hope we will not, then we are looking at schools on an individual school-by-school basis. I wonder whether it would be better to have some coursework marked by the exam boards, so that there is some rigour and consistency of standards should we fall back to a place that we do not want to fall back to: having no exams.

I will end there, so that there is time for the Minister to respond to the debate. By and large, however, I welcome the statement by the Government today and I welcome the fact that there is a recommitment to exams. The announcement about the few extra weeks will be very well received, but I ask that we go a bit deeper and look again at the syllabus content, to ensure that those young people who have missed out on quite a large chunk of their A-levels or GCSEs are not disadvantaged when it comes to getting their grades."