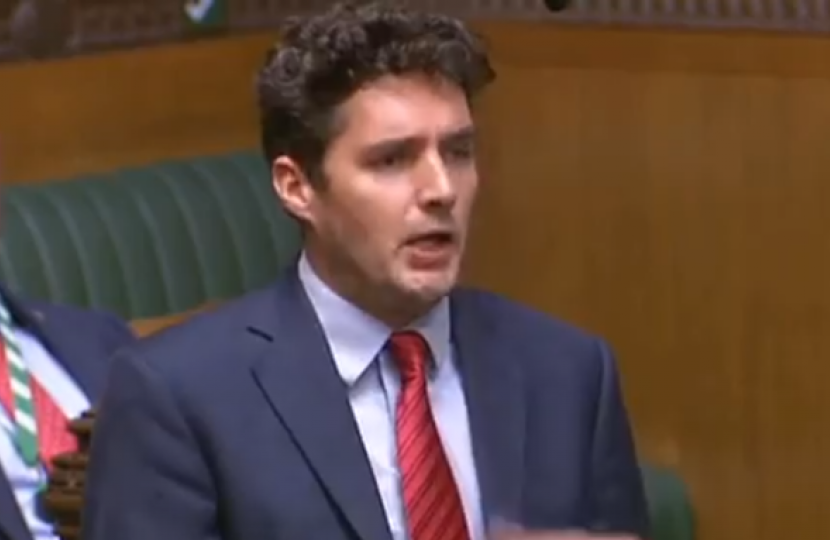 We had the opportunity to vote on the 10pm curfew and I wanted to lay out why I was going to once more vote against the Government. The curfew looks to have a negative health benefit, from what I see on public transport in London at 10pm and, given we are moving to regional curfews, makes even less sense. I spoke on the damaging impact on our hospitality sector and general health.

"I am very pleased to be able to contribute to this debate. When I put in to speak at the end of last week, it was on the basis that we would be discussing the nationwide 10 o’clock curfew, but of course events have intervened and we now find ourselves in a situation of a tiered approach towards lockdown. Many of us on the Conservative Benches will know that if, as I expect, no votes are held on the tiered approach, by the time we get to the actual vote on the 10 pm nationwide curfew it will be somewhat futile. Even if that, to great surprise, did not pass, it would not have any effect because those in the medium level would still have that 10 pm curfew. None the less, I want to touch on it.

I want to pick up some of the themes in the regulations, and the concerns that many Conservative Members have. Sometimes I have heard it suggested that Members who raise concerns wish to let the virus rip. On the contrary, we have great concerns that, if we are not careful, we will rip out the heart of our economy and see jobs lost, livelihoods destroyed, and the impact on health that all that can bring. We have already seen hospital treatment times ripped up so that those who have something seriously wrong with them that could have been treated will now have a terminal illness. Households and friendships have had their social cohesion ​ripped out by the fact that they are isolated and cannot share their precious time. For some people at the end of their life, this is the only time that they have remaining to see their family and loved ones.

I want the Government to consider that those of who speak on this side of the argument do so because we are concerned that we will lose more than the benefits that the covid protections they want to introduce could bring. I want the Government to take this side of the argument with us; I want to see more evidence that the restrictions will work; that a vaccine is in sight; that we are having temporary additional lockdowns because there is a vaccine in place. If there is not, we must be honest. We cannot shut down this country and all the people within it for years to come because it would not be sustainable or accepted.

My message to the Government is, “Please take us with you. In the event that there is no long-term solution, we will have to live with this virus as we live with the other menu of risks that we face daily.”"