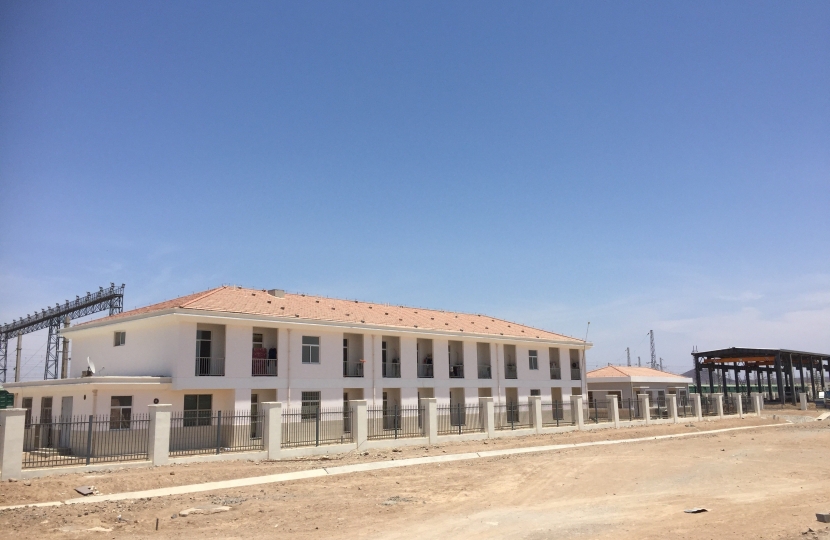 With its deep-sea port on the Dead Sea, Djibouti is a trading post to the world. Despite its close links to France, Djibouti is now forging close relationships with other countries who are keen to tap into its strategic importance. The most dramatic change has seen a vast inlay of Chinese investment in the infrastructure assets of Djibouti. This started with the building of the giant shipping dock and terminal which hosts Chinese vessels. It has recently manifested to the opening of an impressive new railway which runs from Djibouti City, and its port, to the Ethiopian capital of Addis Ababa.

This 472 mile electrified railway was built in a remarkable two years. In comparison, HS2, being 330 miles In length, will take us 20 years to deliver to the UK. On our trip to the Holl Holl refugee camp, we followed the new railway for 50km or so via the rocky track which runs alongside. It is a truly remarkable feet of engineering, crossing over the steep rocky ravines which dominate the landscape. New train stations have been built in no-mans land. It is unclear why these have been added. Perhaps the Chinese intend to build towns around the stations in the years to come. Unfortunately, the previous railway, built by the French, ceased operating virtually overnight. This has led to former railway towns becoming redundant and populations moving to the city.

Whilst investment and trade must be welcomed, it should be noted that the Chinese have thus far brought in their own labour and materials to deliver these projects. As a result, there has been little tangible reward with regard to jobs, skills or consumer spending from these projects. It is believed that the Chinese are now looking to build a new airport for the country, amongst other construction projects for which they have successfully bid.

China has been steadily investing in Africa over recent years. Africa is seen as an opportunity to secure and export natural resources, minerals and agricultural produce for a growing Chinese population. The challenge for Africa is to ensure that it trades these resources for long-lasting improvements to economic growth and the development of its people. If realised, these opportunities could deliver an alternative to migration. If the benefits only flow one-way, this investment could end up making the situation even worse for African countries such as Djibouti.