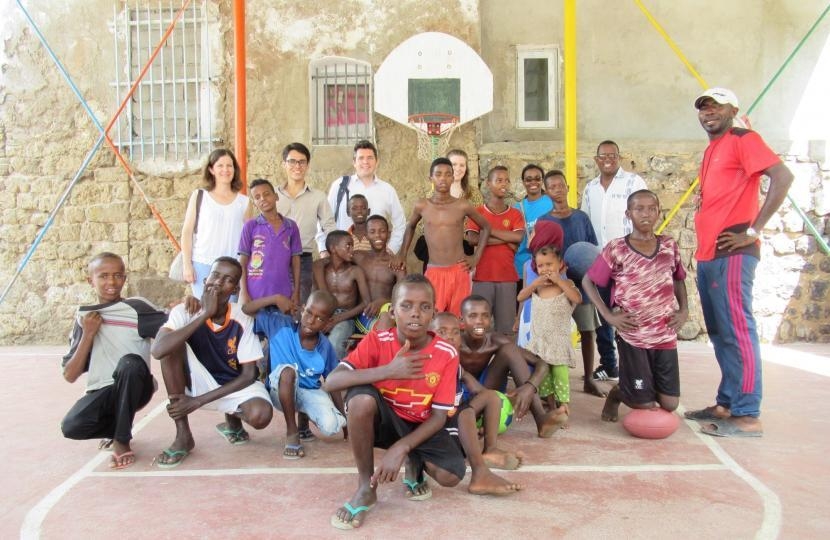 It is time to say farewell to Djibouti and to the team at UNICEF who have provided such an insightful visit. Reflecting on what I have seen, the following has left its mark:

1. Agencies such as UNICEF deliver for the UK on the ground

Back home, I am often told that UK Aid is not delivered efficiently. This is the second trip I have made where I have seen projects being coordinated and managed by experts, such as UNICEF, who act in partnership with smaller hands-on volunteers who have the frontline skills to distribute the aid albeit not necessarily the expertise to manage an entire project. This concept is delivering aid in the most efficient manner.

2. Caution over Chinese Investment in Africa

The influence of China in Djibouti is staggering. With unemployment at over 70%, inward investment is needed. African countries need to insist that their own people are given the skills and jobs to work on these vast engineering and construction infrastructure projects rather than this being merely a conveyor belt for Africa’s resources to be transported from the port to Beijing.

3. Delivering UK Aid on the ground is safer than encouraging migration to UK

To some in the UK, we should take more refugees and migrants in the UK (as has occurred in Mainland Europe). This ignores the brutal reality that the journey to get here can be life-ending. I have now seen for myself the hazardous journey being undertaken by Africans attempting to flee their continent. This is before they even reach the treacherous sea. UK Aid stretches much further if distributed in camps in the region, offering the opportunity for young people to develop and hopefully return home when conflicts end. To persuade refugees to remain in the camps, aid programmes need to offer education until 18 years of age and provide the skills to make inhabitants ready for work. As we saw in the refugee camp we visited, the aid programme delivering primary education is hugely appreciated by the refugees. Those parents know that when their offspring hit 13 years of age they will likely walk away from the camp, and towards the Gulf and Europe, unless more can be offered. This is why we need to do more.

I am grateful to the amazing team at UNICEF, and their local partners, for showing me how UK Aid can transform lives in Djibouti. This is a country with great potential. It’s people face big challenges but do so with big hearts. The success of aid programmes to increase immunisation and health awareness can be viewed by the halving of child mortality rates. Whilst poverty is extreme, aid is providing education and healthcare which would otherwise be limited. It is also putting a smile on the faces of young people who have already experienced more misery than many in developed countries will endure in a lifetime. We should be proud of the outcomes which UK aid generates, and proud of organisations, such as UNICEF, who deliver it. I hope that footballers taking part in UK Soccer Aid will help us hit the target of more young Djiboutian lives being saved and improved.