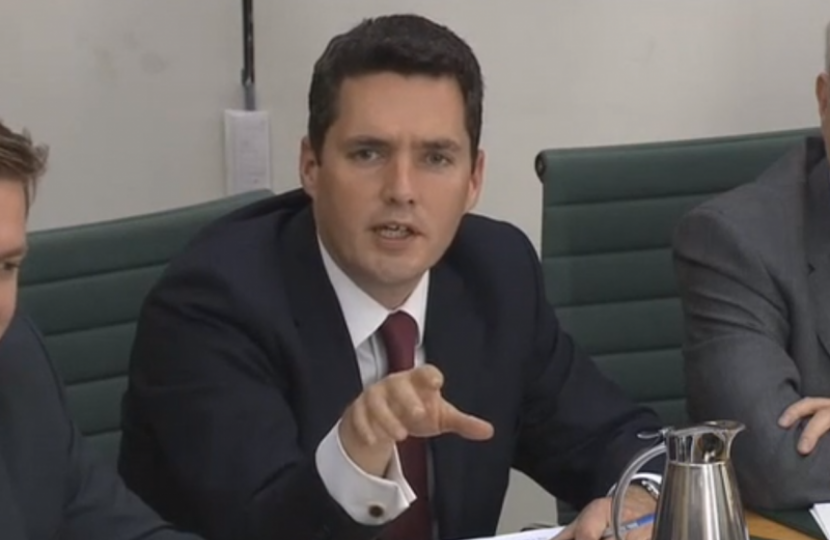 As a member of the Transport Select Committee, I questioned those giving evidence on two issues, details of my questions are shown below.

I asked if this would be a solution for stack only or it would encompass solutions for fly-parking and drivers failing to use facilities (for example, a full blown lorry park). The answer given, suggested that it could turn into a full blown lorry park albeit the suggestion was that the private sector (hauliers) would pay and it could be in phases.

In November 2015 the Chancellor of the Exchequer announced funding up to £250 million for a permanent lorry park to increase resilience in Kent, by taking pressure off the roads in the event of Operation Stack. The Government then announced that they would consult on a preferred site at Stanford and other alternatives. In the short term, the former Manston Airport site will continue to be used as a lorry park.

I questioned Highways England on why they are always the provider, when Kent County Council gave evidence to the committee at the end of 2015, they raised that this could be delivered for £50m and not the £250m set aside.