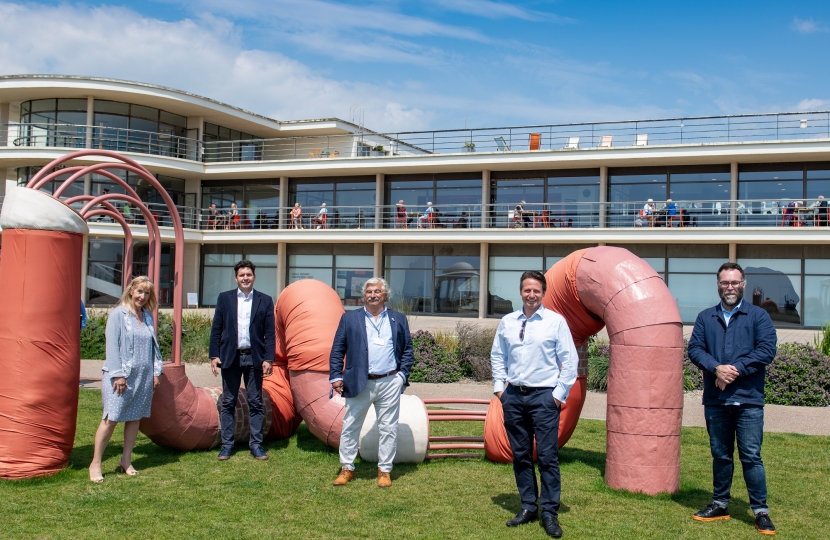 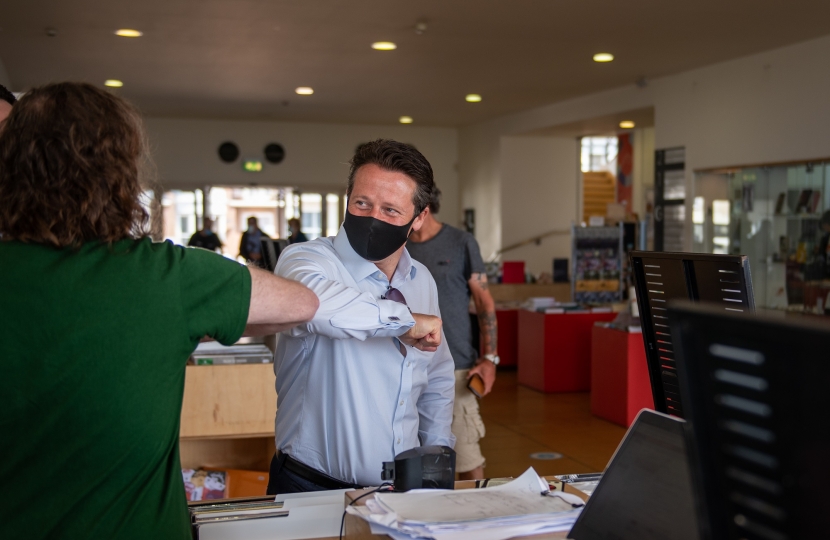 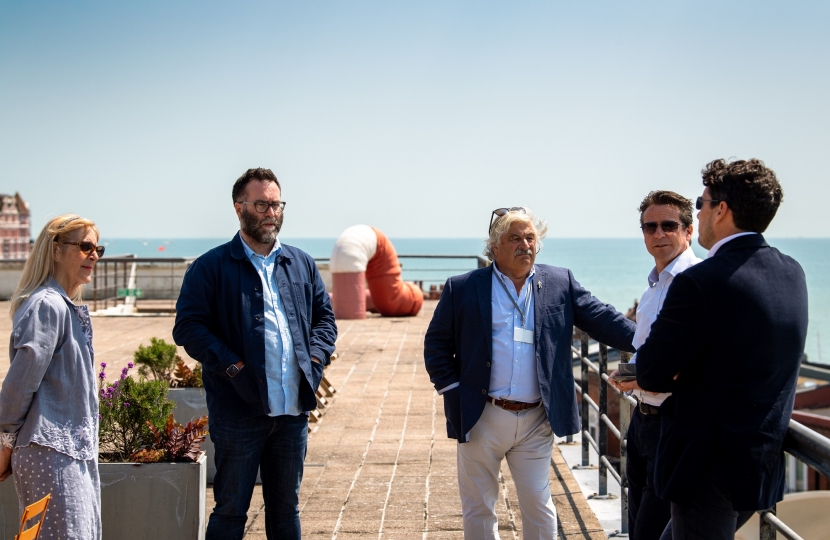 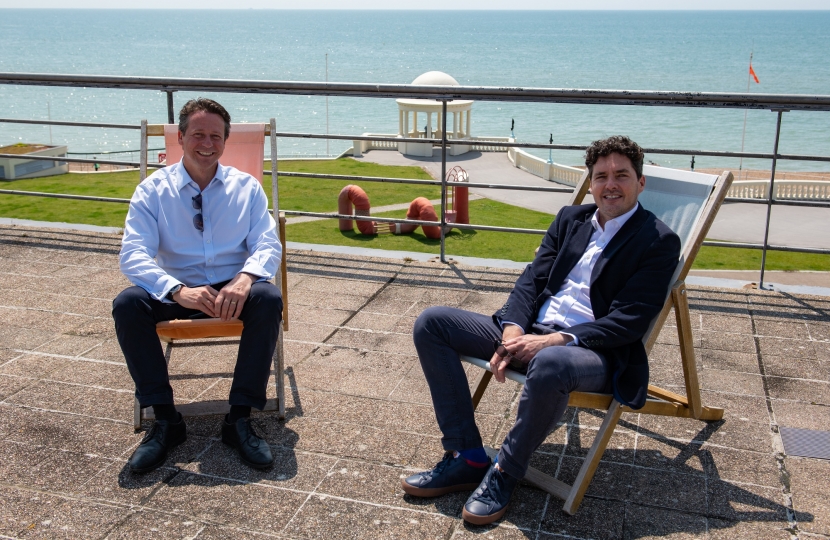 Mr Huddleston, was keen to visit Bexhill and, in particular, the De La Warr Pavilion, which benefitted from the government’s Culture Recovery Fund (CRF) grants aimed at supporting cultural organisations which have been hard hit by the Covid pandemic.

As they toured the building and enjoyed the views from the roof terrace, Stewart explained to the Minister just how vital the Culture Recovery Fund government grants and Rother Council’s grants had been. The emergency funds had ensured that the De La Warr Pavilion was able to keep going with a core staff during the national lockdowns and helped them to be ready to re-open to visitors when it was safe to do so.   The De La Warr Pavilion was one of the few live venues in the East Sussex which ran socially-distanced shows and events over the past year. They did so to ensure that they were able to provide much-needed live entertainment as well as offer work to artists and freelancers who depend on live gigs for their income.

Stewart Drew said “It was great to welcome Minister Huddleston on his first visit to the De La Warr Pavilion and to explain how the Culture Recovery Fund grants have made a massive difference to our ability to maintain and extend what we were able to offer local residents and visitors over the past year. I am really proud of my team and what we have managed to achieve in getting new exhibitions ready as well as running live entertainment every time we were able to re-open. We’ve also been running community projects and outreach throughout this time. It has been a challenging year but it was really important to all of us all at the Pavilion that we were ready to re-open, bring our staff back and support all those whose livelihoods have been hard hit by the pandemic. “

Mr Huddleston said “I was delighted to visit the De La Warr Pavilion in Bexhill. Huw Merriman has often made a point of telling me what a fantastic asset the Pavilion is, not just to Bexhill but also East Sussex. I wholeheartedly agree. It is clearly not just a stunning modernist building but a cultural hub for the area rooted in the arts, community and culture.  It’s a great example of how government investment in our cultural and arts sector is just as much an investment in the wider economy and community.  I shall definitely be returning to spend more time at this great venue and discover more of Bexhill.”

Huw said “We couldn’t have hoped for a more perfect day to welcome the Culture and Tourism Minister to Bexhill. He really saw the town and The De La Warr Pavilion at its best in the glorious June sunshine.  Nigel was really interested in the wide range of experiences that the Pavilion offers to visitors and local residents alike and was impressed with how committed and involved it is with the local community and businesses. I look forward to welcoming him back soon to discover more of what my beautiful constituency of Bexhill and Battle has to offer.”

Cllr Doug Oliver added “The De La Warr Pavilion really is the jewel in the crown of Rother and I was so pleased to have had the chance to show it off to the Tourism and Heritage Minister. Rother Council and the government supported the Pavilion during the Covid pandemic through grant schemes. This was absolutely the right thing to do as the cultural, arts and heritage sector is hugely important to our local economy in Rother which is so reliant on visitors throughout the year.”