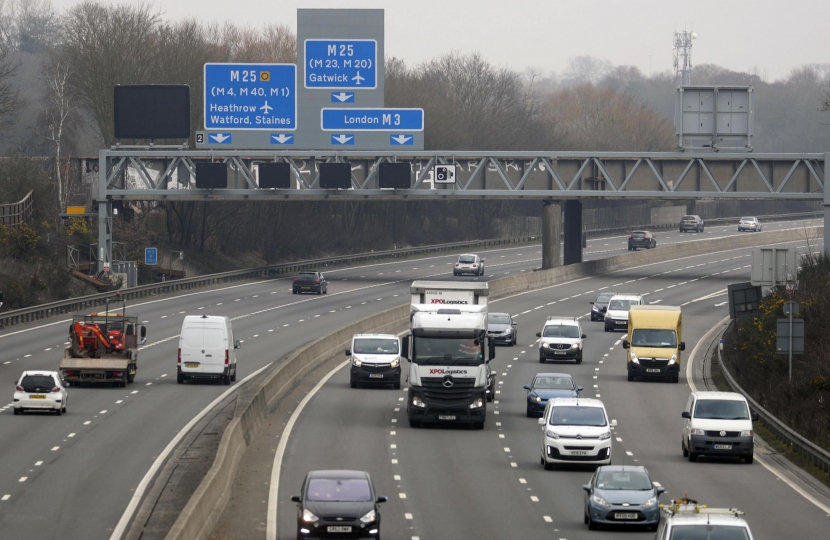 Following the Transport Committee’s inquiry into smart motorways, the Government will immediately pause the rollout of all-lane running motorway schemes. Where work is already under way on smart motorways, additional emergency refuge areas and Stopped Vehicle Detection will be installed where possible, in a £390 million retrofit programme.

In its response to the Committee’s report on the rollout and safety of smart motorways, published today, the Government will now move to collect five years of safety and economic data for every all-lane running scheme introduced before 2020.  The Committee’s report had concluded that the March 2020 decision to make all new motorways all-lane running was premature as the evidence base was insufficient.

The conversion of seven dynamic hard shoulder motorways to ALR schemes will also be paused and the Government will consider alternative options for enhancing capacity on the Strategic Road Network as it prepares for the next Road Investment Strategy. The case for controlled motorways will be revisited.

The safety improvements set out in the Government’s 2020 action plan are to be independently evaluated by the Office for Rail and Road. Ministers have committed to an annual report to consider progress and will consider the Committee’s recommendation that the ORR reports on wider work by National Highways to improve safety on the Strategic Road Network.  The Government will investigate the benefits of health and safety assessment being undertaken by the ORR before changes to design or operational standards are implemented on the SRN.

The Government has committed to improving safety measures on existing stretches of Smart Motorway. The ORR will be tasked with independently evaluating Stopped Vehicle Detection technology, along with other safety measures. This will include a commitment to reduce incidences of live-lane breakdowns and reducing the risk for those who break down. Today’s response sets out a commitment to make these roads less confusing for drivers and give clear direction on what drivers should do if they break down in a live lane.

This is the Committee’s second inquiry into Smart Motorways. Back in 2016, our concerns about safety were not addressed. Assurances were given and not delivered. This time, Ministers have accepted all our key recommendations and we welcome today’s response.

It was clear to our Committee that the public needs more reassurance that these motorways are safe to use. With conflicting and patchy evidence covering a limited number of years, more time was required to properly assess the impact on safety. By accepting our recommendation to pause the rollout of Smart Motorways, the Government will have the weight of evidence to assist planning for future road building design.

It is important that this extra time is not just spent on evaluation – it must be focused on making Smart Motorways safer. The existing network of smart motorways must be improved to deliver more emergency refuge areas and better technology to close live lanes and reduce the risk for stranded motorists. The addition of £390 million, is a welcome statement of intent.

The Secretary of State for Transport and the Road Minister deserve credit for revisiting the 2020 stocktake and action plan and aiming for higher standards by accepting the recommendations in our report. The Transport Committee undertakes to track the performance of the Government’s actions. It is imperative that the Department delivers on the actions it has promised. With today’s response, the Government has demonstrated it shares our concerns and determination to make these motorways safer.

The Government’s new commitments will also be set out in a written ministerial statement to Parliament on January 12.