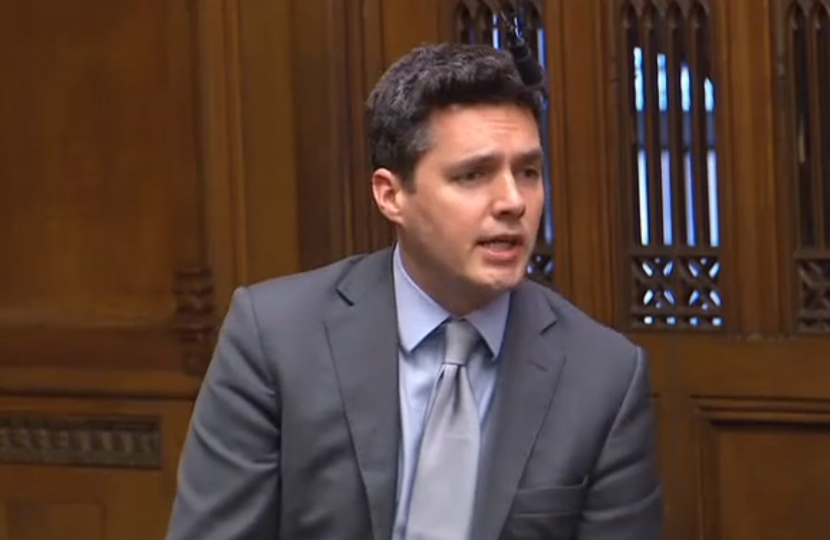 Since becoming an MP, I have campaigned hard for schools in my constituency to be given more cash. Most recently, I spoken of the need to ensure that well-deserved teacher pay rises do not come out of the existing schools budget but from central funds. In a debate in Parliament, I repeated the call for these changes, as well as calling for more money for 6th forms and pre-schools and nurseries and a change in planning policy so we build homes where the schools need more pupils. In balance, I highlighted the advances which my Government has delivered which now sees 86% of all school places at Good or Outstanding (up from 66% when we came to power). We have record levels of funding in our schools but, as my speech highlighted, costs have never been higher. You can view my speech here: https://goo.gl/R1hKN3 and read it in full below.

I thank my right hon. Friend Robert Halfon for leading us through this very important debate. It is a pleasure to speak, because, as the son of not just a teacher, but a trade union steward of the NASUWT, I promised my mother that I would speak often on the subject of education, perhaps to make up somewhat for the disappointment of my becoming a Conservative MP. I will continue to speak up, and hopefully I will win her round eventually.

I am particularly proud of this Government’s record. Yes, we have issues with regard to funding, and I will touch on them in the minutes that I have available. The reality is that 86% of our schools are now good or outstanding, and that is the absolute acid test for how our schools are doing. That figure has gone up from 66%. Regardless of political views, some credit for that rise should be given to the Department as well as to the teachers, the heads and indeed the pupils of all those schools that have excelled in recent years. I do hope that the Opposition will take that in a spirit of fairness.

I want to thank all the teachers. I am sure that all MPs will understand when I say that going into a school gives me an enormous lift. On Friday, I went into Robertsbridge comprehensive school in my constituency, having had a particularly bruising week. The reality was, however, that the pupils did not really give a stuff about what had happened to me. All they cared about was what will happen to them in their future. Their optimism, their positivity and their belief that they can and will take on the world must surely rub off on all of us as constituency MPs, and, hopefully, make us work harder for them in this Chamber.

I want to touch on early years, primary school, secondary school and then sixth form if time permits. I am very proud that the £6 billion spent on childcare is giving parents an opportunity to provide for and to give back to their children. I speak to many nursery providers and to the parents who use the nurseries. Undoubtedly, the feedback is really positive in terms of take-up and indeed in the way that things are working out. I am sure that, like many constituency MPs, I speak to many providers who do feel that the cost is a bit of a stretch. Issues such as business rates could be considered and will provide a welcome boost to them. I am pleased that the Government are committed to looking at this space and, now that the 30 hours has been rolled out, to what more needs to be done. None the less, it is a very successful policy, which perhaps needs a bit of tweaking to make it an absolute success.

I have many rural primary schools in my constituency, and this is an area where the funding formula really needs to be looked at. At one of my schools, 69% of the pupils come from Hastings, which, as a particularly deprived area, has more money allocated to its schools, but those pupils from that deprived area go to a rural school, which does not get that same funding level. The school gets the pupil premium, but not the additional deprivation level. Every constituency MP wants more for their schools. In East Sussex, £4,500 is spent on each pupil at secondary level; in Hackney, that figure is nearer to £7,000. There should be one fixed amount across the entire country, and then we add on the extras, rather than doubling the amount.

At the secondary school level, I am very fortunate in having two outstanding secondary schools and three good schools. Formerly, one was not good. That is testament to the work that has gone into that school. All of the head teachers deserve great credit.

I have asked the Chancellor and the Department for Education team whether it would be possible for the well-deserved pay rise for teachers to be funded outside of the education budget. There is no point in us fighting so hard and being so grateful to get that extra £1.3 billion for our schools, only to find that it is taken out in pay rises because about 80% to 90% of the schools budget is spent on pay. I very much hope that the Exchequer will look at that situation.

Before I sit down, I will briefly mention sixth forms. There is only one sixth form within a school in my constituency. The other four schools do not offer sixth form, but there is a sixth-form college. I would like there to be more sixth forms within schools so that my students do not have to travel further afield, but the reality is that funding at the sixth-form level is 10% lower than at secondary place level, and it was 50% higher 20 years ago. This is holding schools back from expanding, which is a shame because it is good for students to stay in the school that has nurtured them.

The Government are doing a fine job. I recognise that more funding has gone in than ever before, but I also recognise the point made by schools that costs have never been higher, which is why I would like to see a little more funding.