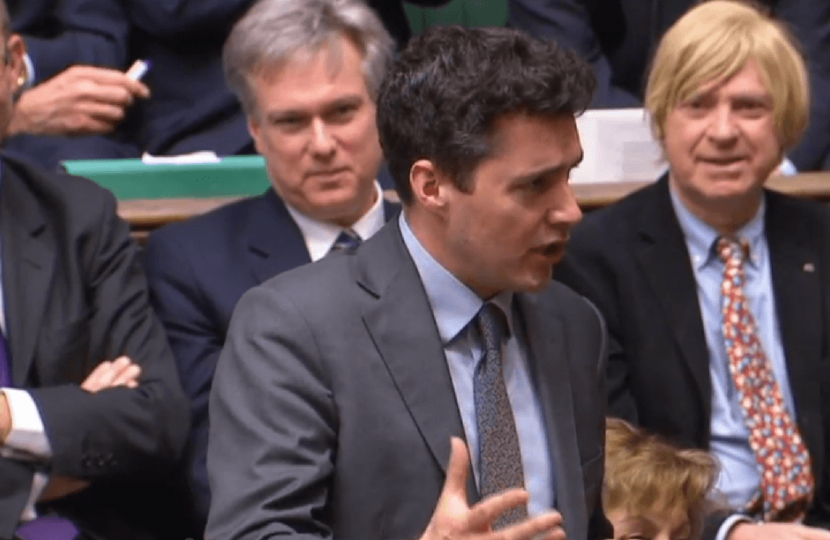 In my second PMQ in two weeks  I asked a question on behalf of my Mum (a former teacher) on the need for more school funding, particularly for those areas that currently have the lowest funded schools (such as ours). I also asked for more priority to be given to special needs education to help reduce exclusions.

Great to hear the Prime Minister talk up all our teachers.

Order. I understand that the hon. Member for Bexhill and Battle (Huw Merriman) is about to namecheck his mother, an admirable woman—a former teacher and, in my view very importantly, my constituent.

Thank you, Mr Speaker. I think she loves you more than me these days, because she is also a Labour supporter—albeit that you are of course independent. On behalf of me and my lovely mum, I point out that there are parts of the country, from Sheffield to Staffordshire and Sussex, where pupils receive less money per head than pupils in other parts of the country. I know the Prime Minister values a good education—she went to the same school as my mother, who became a teacher. Therefore, for me and my lovely mum, we want three things: first, more funding for our schools; secondly, on special educational needs, we need more focus and priority on stopping panels excluding pupils unnecessarily because of their targets; and thirdly, the lowest-funded areas should be funded first when we get this right. [909758]

I thank my hon. Friend for his question. I was tempted to start by saying that I suspect his mother and I were at the school at a different time—[Interruption.] Oh, he says it is true. Good.

I recognise that we have asked schools to do more. We have responded with £1.3 billion extra investment in our schools this year and next, so the core schools budget will rise by around £2.6 billion in total, and the Government are protecting overall per-pupil funding in real terms. Every school is attracting at least 1% more per pupil by next year, and thousands of schools will attract significantly larger gains of up to 3% per pupil per year.

That investment will mean more children having the chance of a better future, but the quality of education also matters. I commend my hon. Friend’s mother, who I understand was a teacher, for the work she has done in education. I say thanks from the whole House to all our teachers up and down the country for the work they are doing in education.