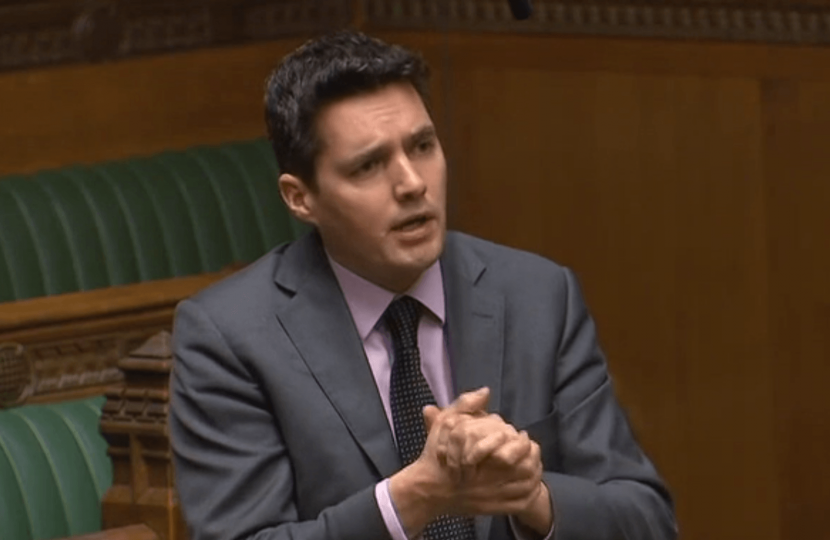 Today Huw spoke in the Opposition Day Debate on Rail Franchising. You can watch Huw speak here: https://goo.gl/n83nbx and read Huw's speech below.

This morning, on my daily commute to this place—I am one of the few people who are fortunate enough to be able to commute here from East Sussex—I walked through London Bridge station, which has caused me and many of my constituents enormous difficulties because it has been rebuilt and its tracks reconstructed. It now looks absolutely fantastic and is a shining example of the £40 billion investment that the Government have put into the railways and the difference that that has made.

I wish to talk up our railways and their success. Let us remember that since 1997, under the current Administration and the previous Labour Administration, the number of passengers on our railways has doubled. The rail system now largely pays for itself; it does not need the £2 billion a year taxpayer subsidy that British Rail took to not run things properly. When we compare our rail system to those in Europe, we see that we have the second safest railway after Ireland; that we have the second best-performing railway in terms of passenger feedback, second only to Finland; that we use our rail system more than 60% more than the European average; ​and that we have put more investment into our railways than any other EU country. We should talk up the rail system’s success, because not only is there all that, but it employs 250,000 people, releases about £11 billion of costs that would otherwise go on congestion charging, reduces carbon dioxide emissions by 8.4 million tonnes, and adds £10 billion to our gross value added. So we should all talk about the success of our rail story.

Of course, though, there are challenges. We have certainly seen challenges with the Southern network. We have really suffered with strikes and a poorly performing operator, and that has been laid bare today. Nevertheless, we should not forget that the unionisation of the rail network has caused enormous problems. It should be well remembered that the same train drivers who have now pledged to drive the trains that they said were not safe have taken a 28.5% pay rise. That is a much greater pay rise than the passengers who are paying for their rail tickets each year got. All Members need to recognise that costs such as that result in our passengers paying more and more.

Is my hon. Friend making the point that I suspect he is going to make about automatic Delay Repay being included in future franchise agreements?

I am indeed; I thank my hon. Friend for helping me to finish my sentence. The rail operators should be required to bank that money and put it in a pot so that it can be spent only on new technology for trains. That technology would mean that everybody would be required to tap in and out of their train journey, and if by the time they got to their destination they were more than 15 or 30 minutes late, they could have the compensation credited to their bank account when they tapped out. In this day and age, there is no need for passengers to go through the timely, costly and bureaucratic exercise of claiming, which is why they currently do not claim. I have introduced a private Member’s Bill, which I hope will be given its Second Reading at the end of March, and I would like the Minister to get behind it. I believe that the technology does exist and that, with more will, the train operators could put it in place. That would give more back to the passenger.

It is all well and good to talk about the public good, and I recognise a lot of Network Rail’s good work, but it has also been responsible for a large proportion of the delays for which the train operators have taken the flack. It is time to do more than just stick with what we have; we should make all the track the responsibility of the train operators. We should also question whether some stations should be transferred out of Network Rail’s control.