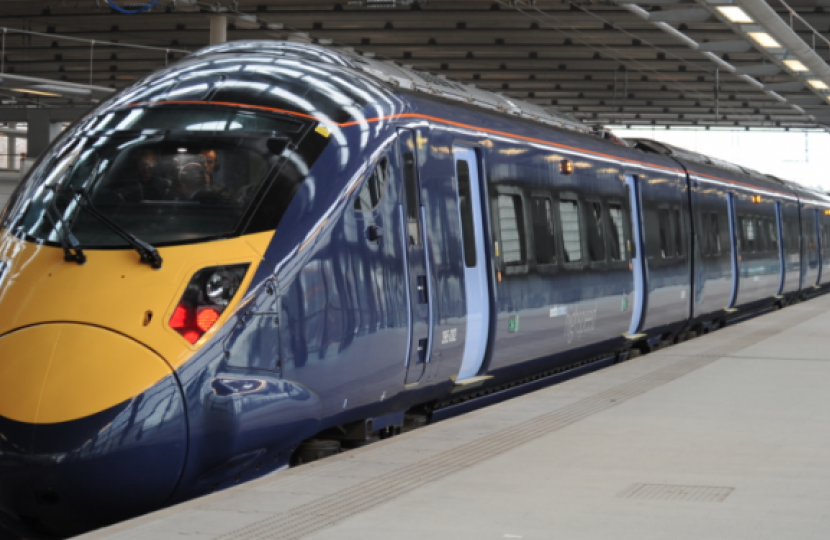 The consultation, published by the Department for Transport and running until 23 May, sets out options which are under consideration for the next South Eastern franchise. It includes proposals to extend High Speed services from London St Pancras to Hastings, Bexhill and Rye via Ashford International.

In their response to the consultation, which can be read here; the MPs set out:

Amber Rudd said: “These proposals for the next South Eastern franchise offer a welcome vision for a much improved rail network. It is essential that the next franchise operator delivers real improvements to the journeys local people make every day.”

Huw Merriman said: “The development of improved and faster new rail routes leading to the south-coast is fundamental to local economic growth and the regeneration of Bexhill and surrounding towns. We already have a good business case to support this but now we need our local businesses and residents to respond to the consultation to demonstrate local support for a new high speed rail service to Bexhill. It is also vital to protect the services we already have and I will be ensuring that rail services to our rural communities are protected and improved in the new franchise.”

Amber added: “High Speed services would be a hugely significant development for Hastings, Bexhill and Rye. It would bring phenomenal benefits to our communities and I encourage everyone who wants to see major improvements to our area’s rail network to respond to this consultation. It’s now up to us to make the case for investment and to secure the delivery of High Speed.”