MP slams Highways England on disparity of A21 projects 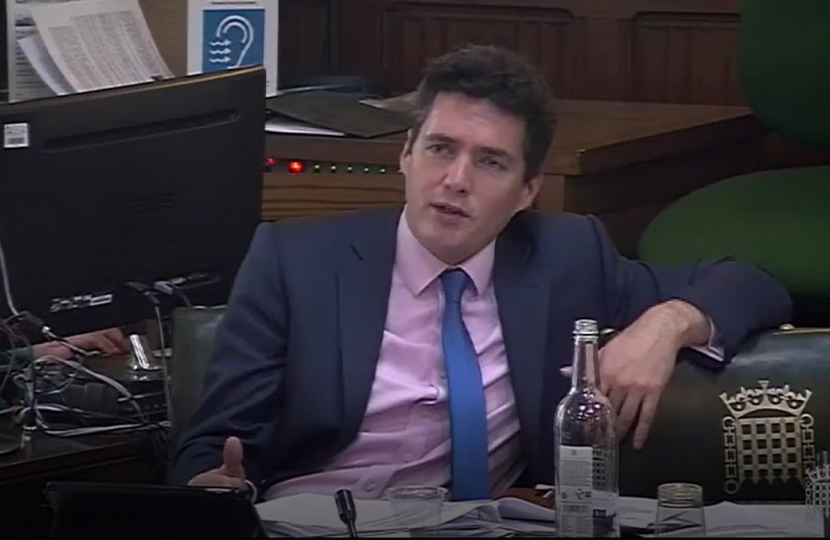 Bexhill and Battle MP, Huw Merriman, has challenged the Chief Executive of Highways England to justify its approach to road building and improvements on the A21. The exchange came during a Transport Select Committee evidence session in Parliament on the work of Highways England last week.

Speaking to Jim O’Sullivan, the CEO, Huw maintained that Highways England’s approach to improving the A21 has left some parts of this road with very high quality and expensive road improvements, such as the Pembury by-pass which now has a fantastic safety record, whilst other areas, like Hurst Green, constantly face dangerous hazards and accidents due to lack of investment.

Taking issue with the situation, and having already pointed out that the by-pass had come in at 50% over its original cost, the MP asked “Do you understand the frustrations? You build these superb roads—I think it is one of the safest stretches of road—but there is an overspend, whereas further south a village like Hurst Green, with a primary school on the same stretch of road, was due to have a bypass but it got cancelled. We end up with a super-safe road because so much money is spent on it, and further south we end up with an appalling situation. I think I have said before that we tend to deliver one Rolls-Royce when we could deliver three Ford Mondeos.”

Speaking after the session, Huw said “The Pembury by-pass is a fantastic piece of road engineering by Highways England which has improved the safety and resilience of the A21 at this point.  However, the project was overspent by over £30m. I wanted to know from Highways England whether a more moderate project would have meant that further improvements such as a by-pass at Hurst Green could have been achieved too. I know that one project does not feed the other but I do hope this will add weight to improvement measures which are currently in the pipeline; albeit this will not deliver the much-needed bypass at Hurst Green.”

The exchange in Parliament came after the MP held an outside meeting in Hurst Green where the plight of residents along the A21 was discussed.