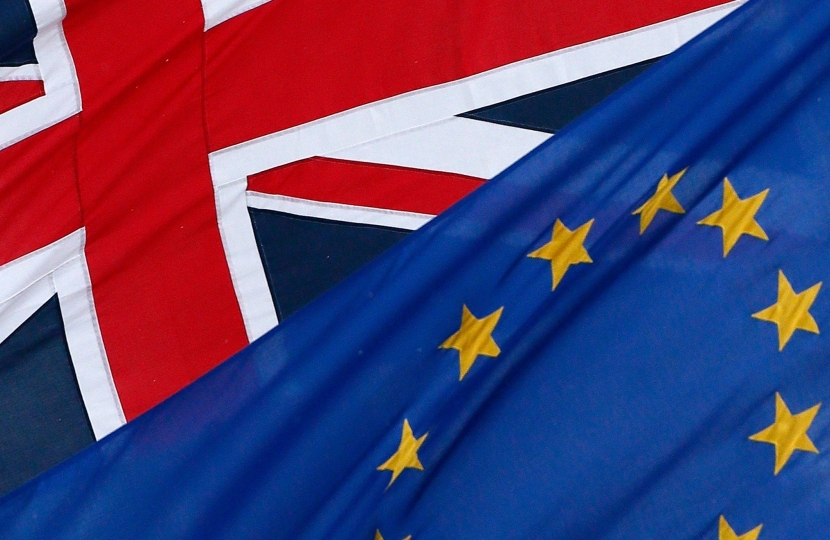 Bexhill and Battle MP, Huw Merriman, has welcomed the announcement from the Prime Minister that the £65 charge for citizens from the European Union to gain their rights to remain in the UK after Brexit have been reduced to zero. The MP had, two weeks previously, urged the Prime Minister, during Prime Ministers Questions, to adopt a free scheme saying “Surely, given this was a decision by the UK public, we should be welcoming our friends, our neighbours, our essential workforce from the EU and offering this free so they can stay in this country”.

Mr Merriman had explained to the Prime Minister that, so sure was he that the Government would not adopt a charge to grant EU citizens rights which they had automatically enjoyed before the referendum, “I rather foolishly, in a Brexit meeting in Bexhill, offered to pay any charge to one particular EU citizen who was not quite so confident!” Following the exchange, Mr Merriman then followed up his campaign during further speeches in the House of Commons and in meetings with the Prime Minister.

Addressing the House of Commons this week, and referencing directly the role played by the MP for Bexhill and Battle, the Prime Minister said “I can confirm today that when we roll out the scheme in full on 30 March, the Government will waive the application fee so that there is no financial barrier for any EU national who wish to stay.”

Speaking after the change in policy, Mr Merriman said “Rather than spin my way out, I was straight with my constituents in that I had made an error when telling them that the Government would levy for free, using the provisions of the Withdrawal Agreement. Rather than hide, I was happy to hold my hands up and I’ve since spent the last couple of weeks canvassing opinions from across the House to get this changed to the approach I expected. From Jacob Rees Mogg to the Scottish National Party, it was clear that most MPs, be they remainers or leavers, wanted to see EU citizens given the same rights that they currently enjoy without the need to pay for a change brought about by our EU Referendum. The Prime Minister promised that she would look across Parliament and win our support. This is a great step. More importantly, it sends a welcoming message to these EU citizens that we are a fair country who treat those from afar with respect. I now hope that every other EU country will do the same for UK citizens seeking the same support to remain on the continent.”

The MP’s office team in Bexhill have attended training from the Home Office to ensure that they can assist any EU citizen who experiences difficulties navigating their way through the registration process.