Local MP speaks up for equality in school funding at PMQs 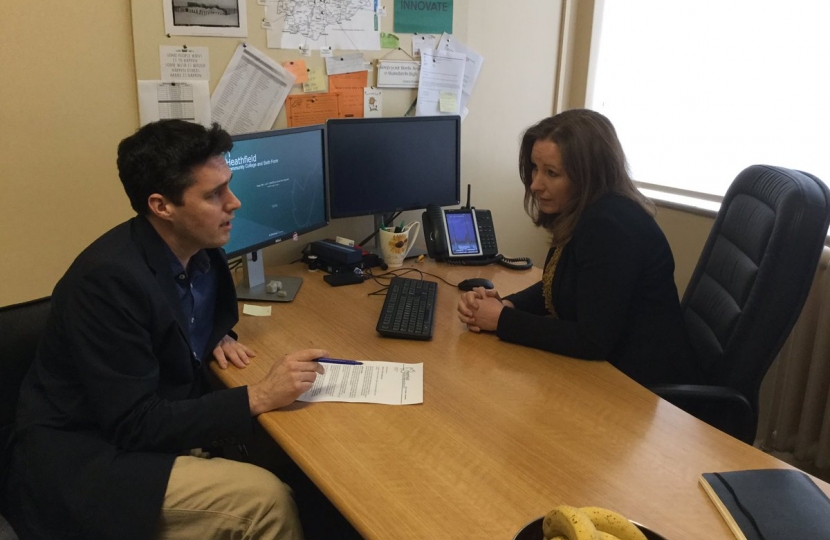 Huw Merriman, MP for the Bexhill and Battle constituency, continued his campaign for fairer school funding during Prime Minister’s Question Time in the House of Commons yesterday and in Education Questions earlier this week.

Huw’s repeated call came following a move from schools across East Sussex to write to parents explaining about the funding pressures. Huw picked his letter up personally from his school last Friday and discussed the pressures with the Headteacher and the action he could take on their behalf.

Referencing his mother, a retired teacher, during his question to the Prime Minister, Huw said “I point out that there are parts of the country, from Sheffield to Staffordshire and Sussex, where pupils receive less money per head than pupils in other parts of the country. I know the Prime Minister values a good education—she went to the same school as my mother, who became a teacher. Therefore, for me and my lovely mum, we want three things: first, more funding for our schools; secondly, on special educational needs, we need more focus and priority on stopping panels excluding pupils unnecessarily because of their targets; and thirdly, the lowest-funded areas should be funded first when we get this right.”

In her response the Prime Minister said “I recognise that we have asked schools to do more. We have responded with £1.3 billion extra investment in our schools this year and next, so the core schools budget will rise by around £2.6 billion in total, and the Government are protecting overall per-pupil funding in real terms. Every school is attracting at least 1% more per pupil by next year, and thousands of schools will attract significantly larger gains of up to 3% per pupil per year.

That investment will mean more children having the chance of a better future, but the quality of education also matters. I commend my hon. Friend’s mother, who I understand was a teacher, for the work she has done in education. I say thanks from the whole House to all our teachers up and down the country for the work they are doing in education.”

Speaking after PMQs Huw said “It was great to hear our Prime Minister talk up our teachers and quite rightly so, they do an amazing job. This is why I will keep on lobbying to end the disparity in school funding across the country to ensure that pupils in East Sussex receive the same levels of funding as other parts of the country. My job is to hear the concerns from those impacted locally and then raise them to the highest levels in Parliament and Government. I will continue to stand up for our schools until we get this right.”