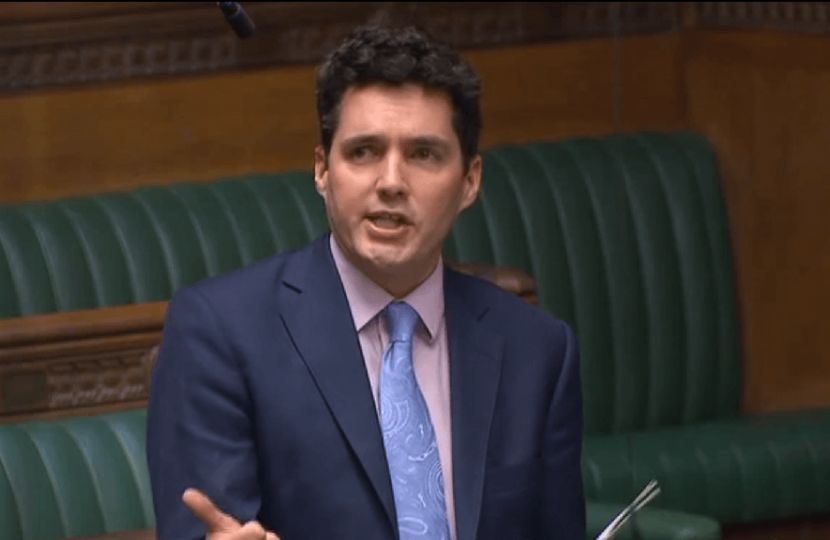 Huw recently spoke in parliament on the topic of social care reform.

Over a third of those living in Bexhill and Battle are over the age of 60. While it is wonderful so many people are living longer, it remains vitally important that those who need extra support receive it so that they can continue to enjoy their independence and dignity in later life. Unfortunately, increased social care costs are making it more difficult for local authorities to meet local needs and they are often having to prioritise spending on social care over other services.

Over three quarters of the East Sussex County Council's budget is going towards social care, and it has been estimated that by 2030 the country will need an additional £12 billion to provide the services that many of our older citizens rely on. Huw argued that we need to reach a cross-party consensus for the sake of our social care system and end the constant stream of Government papers which have failed to become actions.

Our attention, he said, must be turned towards countries which have implemented reforms. Germany for example has enacted, with widespread political support, a small contribution system where people in work contribute half, while employers pay the other half and those in retirement pay the full amount. This helps provide insurance to those in need of adult social care services while also bridging the gap in inter-generational fairness. In England, council tax, which currently and inadequately funds social care continues to rise where in Germany, the amount citizens contribute to fund the system has only risen by 0.8% since 1994. This is despite the increase in the number of conditions covered under their social care scheme.

While there remain challenges, such as increasing costs without similar increases in the contribution rate, the German social care system shows what can be achieved when efforts are made to bridge the political divide and enact policies to create a fairer, more sustainable social care system. Long-term care, Huw said "is a social risk that requires social protection. Surely we can all come together and make that happen."