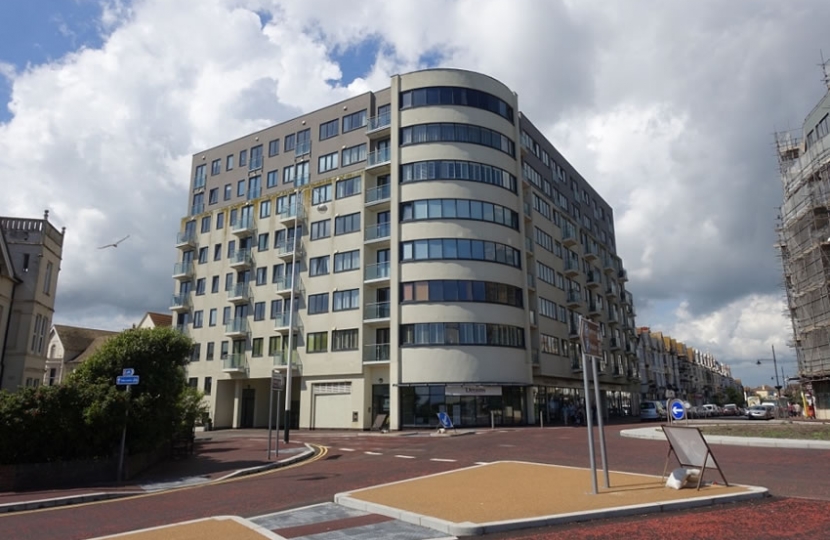 New checks on homes since the Grenfell Tower fire in London, which killed 72 people in 2017, have laid bare decades of poor building practices and defective materials. This has left at least 3 million people across the UK living in homes which are deemed unsafe. With developers, insurers and owners having gone into bankruptcy or refusing to take responsibility, leaseholders have been left to cover the cost of remediation. Nationally, this could be as much as £16 billion or an average of £50,000 per householder.

Amongst those in this situation are 66 leaseholders from the Landmark apartment complex on Bexhill seafront. Mr Merriman has raised their plight in Parliament when calling for the Government to force the building industry to set up a levy to repay the cost of repairs.

Now, the MP has tabled an amendment to the forthcoming Fire Safety Bill. If passed, the amendment would ensure that leaseholders could not be charged.

Huw Merriman said “If someone is unfortunate to buy a car, and it was found not to be safe when it was sold, the manufacturers would have to fix it or replace it. The same recompense should be provided by those responsible for selling new homes which were nowhere near the standards expected of them.

“Builders, developers, the mortgage industry and those involved in the design and sale of these properties should be required to pay up. It is not conceivable that they will have the cash reserves to do so immediately so the taxpayer will have to front-up and then get reimbursed by an industry levy. Residents from the Landmark, in Bexhill, have been put in an intolerable situation. We cannot continue with unsafe properties being occupied by residents paying huge sums on temporary ‘waking watch’ fire patrols and high insurance premiums. These residents are scared to live in their homes, unable to cover the cost of repairs and unable to sell without a vast financial loss.

“This is a national scandal and requires a national solution. I will continue to fight on in Parliament for the residents in the Landmark, and all other residents in a similar plight across the country. It should not need to come to a vote because the Government has agreed, in principle only at this stage, that leaseholders should not have to pay. The fund made available by the Government is only a fraction of the total cost. This fund should be enlarged and ultimately paid for by the industry responsible, not be every other taxpayer. Now is the time for a resolution to be found and for these repairs immediately carried out.”

The MP’s stance comes following a previous campaign to help a group of elderly residents of shared living accommodation who were facing were large financial outlays from faulty design. Commenting on the need for wider reform, the MP said “Leaseholders in this country lack basic protections and are often ripped off by those above them in the contract hierarchy. This is no good for the market or for the consumer. Change is long overdue.”