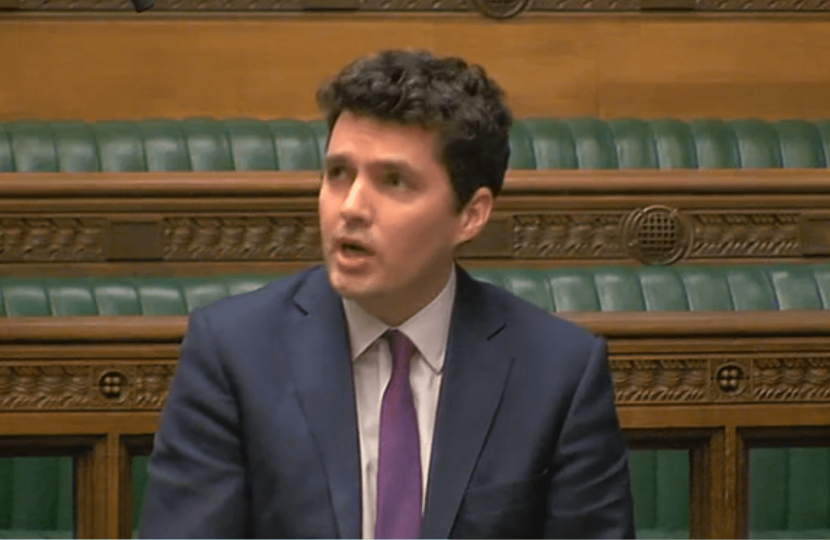 Today in the chamber, Huw spoke in the debate on Local Government Funding. You can watch Huw's speech here: https://goo.gl/xYcgSW, and read below:

I start by paying tribute and giving great thanks to the councillors and officers at East Sussex County Council, Wealden District Council and Rother District Council, who represent my constituents so ably. They have had a challenging few years, but they have tackled that challenge with aplomb and I want to pay respect to them in this House.

I listened to what the shadow Secretary of State had to say. I am not sure which orifice he was speaking through, but there was certainly plenty of bare cheek on display this afternoon, because to talk about the challenges faced over the past eight years without showing any form of culpable sympathy to those councils for the role played by his predecessors in government up to 2010 was extraordinary. That type of demonstration ensures that the Labour party stays on the Opposition Benches, as it has done over the past three elections.

However, I want to talk to our local government Minister; the Under-Secretary of State for Housing, Communities and Local Government, my hon. Friend the Member for Richmond (Yorks) is one of the finest minds of my intake and also one of the nicest. I want to talk about the challenges faced in East Sussex, a county of just over 500,000 people. It has a challenging demographic. We are delighted to welcome so many people who retire to the county, but as one of the leaders of my local district council put it, “When people retire to the constituency, they tend to have to take out more than they are able to contribute.” That is what happens to us. In my constituency, 28% of my constituents are over 65, whereas the national average is only 17%. That will show the Minister the challenges we face. So I welcome the commitment to fair funding. I hope that each county will be looked at to see its demographic and the challenges it faces, particularly rural counties that have a higher than average retired population, in order to ensure that we are funded appropriately.

In addition, we need investment. We need more houses for people to live in and work from, so that we balance our economy. Although East Sussex has had great success, with an increase of 5% in its economy over the past few years, we still have a long way to go. That is why we are asking the Government to commit to give funding to improve the A27, on which a campaign is being led by my hon. Friend the Member for Lewes (Maria Caulfield); the A21, where my colleague and neighbour on the other side, my right hon. Friend the Member for Hastings and Rye (Amber Rudd), is involved, as the road badly needs investment; and high-speed rail. If we had the right transport in our area, we would be able to grow our economy on our own and not be constantly asking the Government for more.

I come back to the retirement age in my constituency, because the crucial issue for us pertains to social care. While it remains a locally funded service, it causes great pressure for council tax payers in areas where social care is most used. I would like the Government either to fund social care at the national level, as the NHS is funded, or to look again at increased funding for social care for areas to which more people tend to retire. If we do not do that, the situation will become unsustainable. I have seen the figures from my county council on where council tax or business rates would have to go to without reform and it is not a pretty place at all.​

I want to end, as I started, by saying thank you to all the amazing district and county councillors and officers, who do such a great job to look after us in East Sussex, but I would also like the Government to do more and help them in their quest.