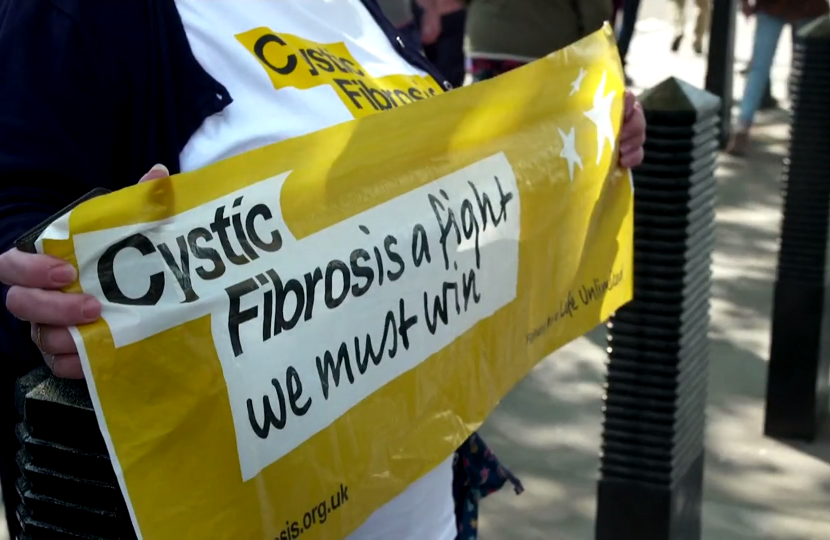 Bexhill and Battle MP, Huw Merriman, has welcomed the news that an agreement has finally been reached between the NHS and drugs company Vertex Pharmaceuticals on the supply of life-changing cystic fibrosis drugs.

Huw has been lobbying the government on behalf of his constituents to press the NHS to reach an agreement on the supply of cystic fibrosis drug, Orkambi, amongst others which have the potential to change the lives of thousands of cystic fibrosis sufferers in England.

Huw said “A number of my constituents have written to me over the past two years to ask for my help in ensuring that these life-changing cystic fibrosis drugs are available on the NHS.  The Secretary of State for Health and Social Welfare has been personally involved in the supply negotiations and I wrote to him in March this year to ask him to continue his work to reach an agreement.  It is terrific news that an agreement has finally been reached which means within the month local people can begin this new treatment on the NHS.”

Health Secretary Matt Hancock said “This wonderful news gives hope to so many patients and their families across the country after the many months of negotiations that I know have been so frustrating to the families concerned. And it is thanks to the campaigners and, of course, the many colleagues in Parliament who took such an interest in this issue, that we’ve managed to reach this moment. The deal is great value for money for the NHS, and crucially, will improve thousands of lives.”