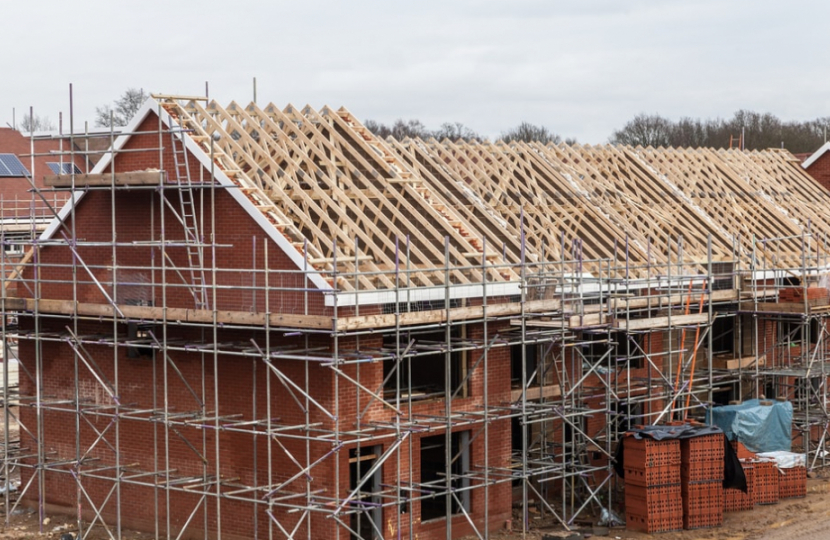 Huw Merriman, has this week criticised developers for ‘land banking’ and urged the Government to deliver planning reforms which focus building on land where permission has already been granted before fresh applications are entertained by local planning authorities.

Speaking in the House of Commons, Mr Merriman reminded Ministers, including Secretary of State, Michael Gove, that the country had, in the 2020 White Paper, been ‘promised a once in a generation reform to planning’. With these reforms being dropped, he labelled the current proposals as ‘unambitious and modest in contrast’. Mr Merriman asked the Housing Minister to meet him so the Minister ‘could deal with the following situation whereby Wealden and Rother District Councils have issued 10,000 planning permissions which have not been built out yet they still have to deliver 2,000 new homes between them each year. The developers responsible for building the homes only deliver 1,000 new homes’. Asking for more ambitious reforms, Mr Merriman said ‘Surely, at the very least, we can have annual housing targets which take into account those houses not yet built out so that developers build rather than land bank’.

In agreeing to the meeting, the Housing Minister maintained that ‘we have got measures in the Bill which are trying to address build-out rates and that this was important element which we have to tackle.’ The Minister went on to list a variety of measures which would act to reform the planning process. Later in the same debate, the Chairman of the Housing Select Committee recommended the Government consider Mr Merriman’s idea.

Speaking after the session, Mr Merriman said “Wealden and Rother District Councils are left in the frustrating position of having to entertain fresh planning applications when there are plenty already in the bank for developers to build on. I’d like to see a moratorium on larger applications until a proportion of these existing planning consents are built out. Taken together with other ideas, such as charging Council Tax twelve months after planning permission is granted, and not whenever the developer builds the home, I’d venture that we’d see more homes delivered and less blight from ever increasing applications. I look forward to meeting the Minister to discuss these ideas, and many more which have come in from across the constituency.”

Last Friday evening, Mr Merriman met with Parish Council representatives from across the constituency who brought their own ideas and concerns. He concluded “I’m delighted that we have the interest which we do. These are ideas I am keen to champion; from building new homes to enforcing against those who do not comply at all. We have an appalling high ratio between average wages and average house prices. We also have 85% of the constituency designated as an Area of Outstanding Natural Beauty. Only radical reform, and disincentives for playing the system, will deliver the right homes, in the right places.’