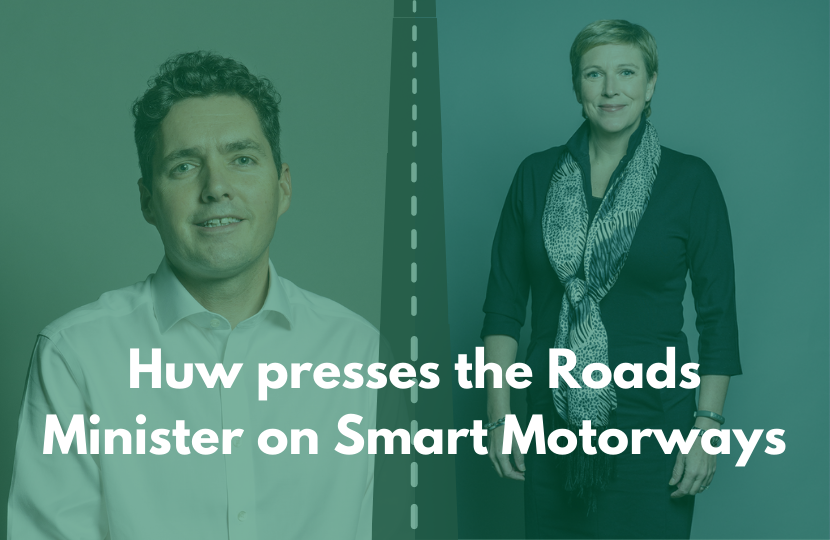 In 2016, Highways England assured the Transport Committee that no new smart motorways would be put in place without stopped vehicle detection and that smart motorways without this technology would have it installed in a timely manner. Five years later (this week), the Government committed to achieving this by 2022, so Huw asked the Roads Minister what caused this delay and whether any new smart motorways should be established without the initial commitment being met.