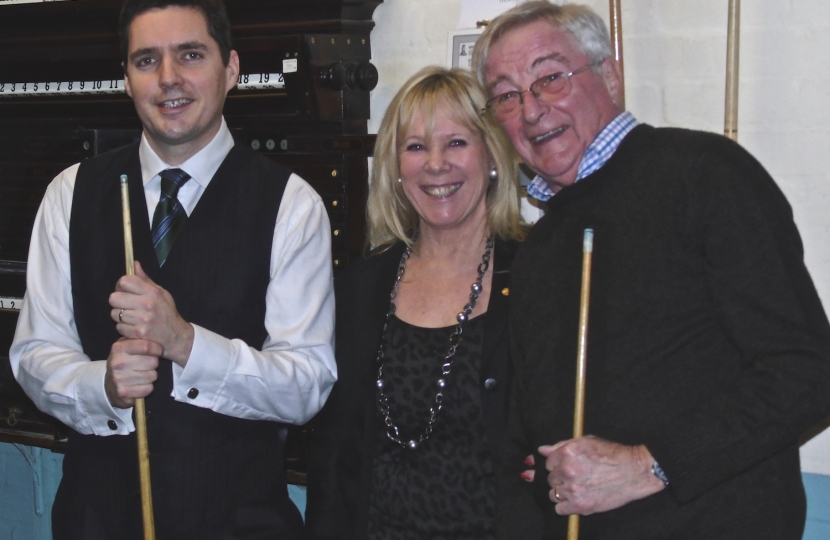 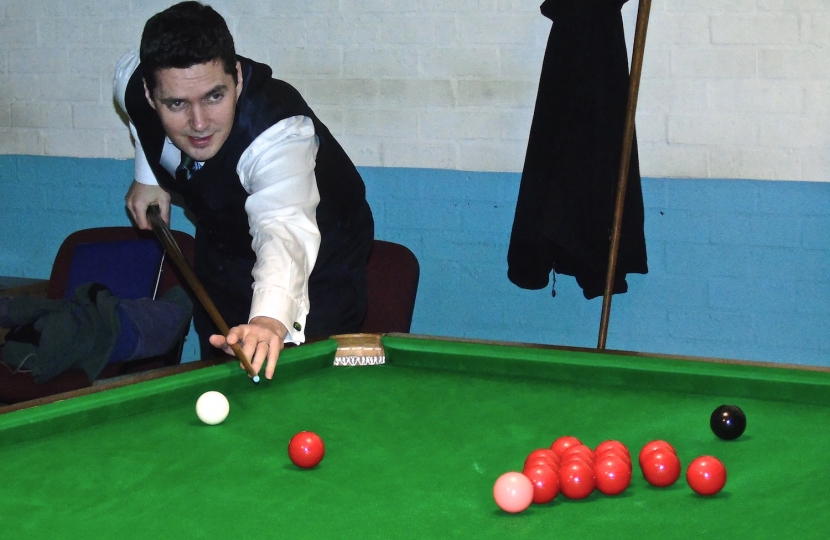 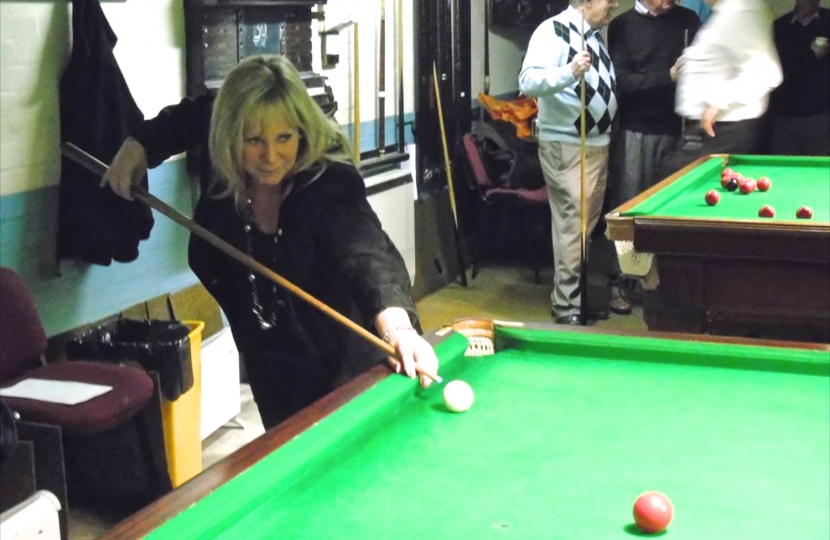 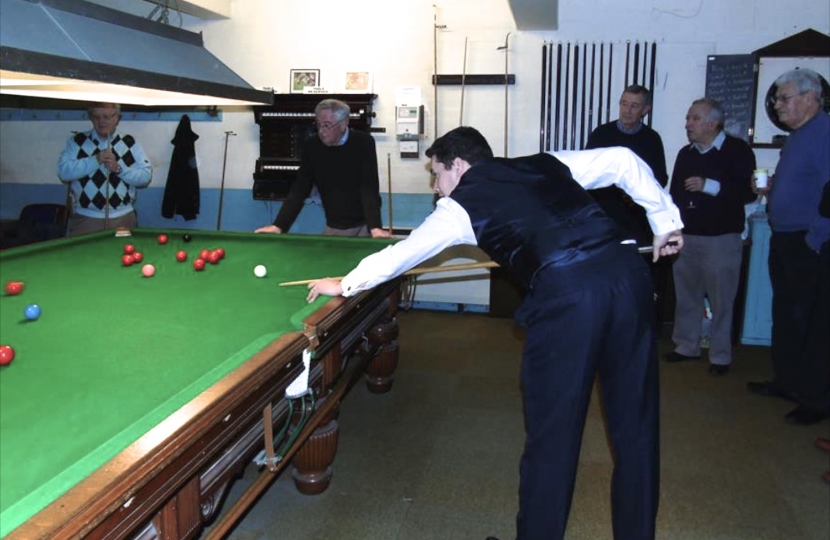 It was a case of ‘stick to the day job’ when Huw took on District Cllr Jan Dunk and the Rotary Club and played them at their snooker tournament. In a round-robin tournament, Huw proved that his waistcoat attire did not match up to his prowess with the cue!

After the tournament, Huw and the Rotarians had a fish and chip supper and Huw discussed his approach to politics and what he wanted to do to support businesses and charities in the constituency. Huw said “I enjoyed meeting the Rotarians, who do so much for us via their business and charity work. It was great fun to play in the snooker tournament albeit I demonstrated that I am more comfortable finding holes in legislation than finding holes with a cue ball!”