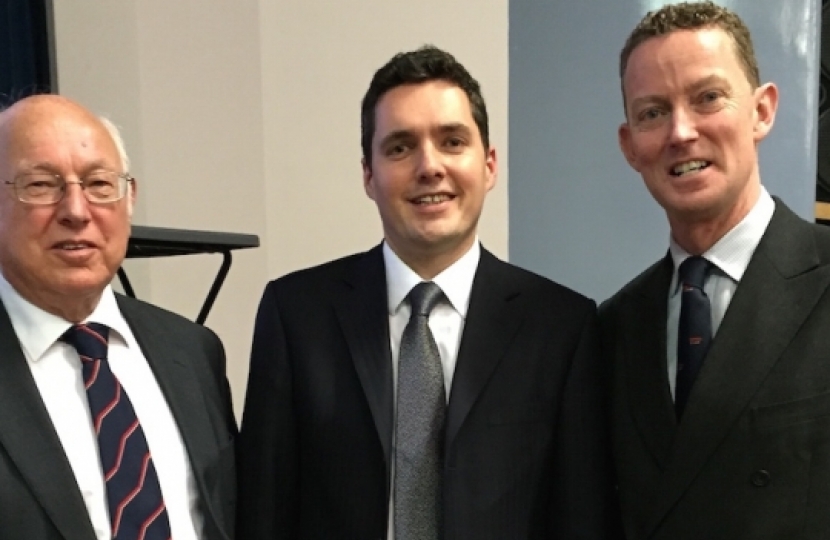 Huw, a lawyer and a District Councillor for Rotherfield, won the nomination from a shortlist of four candidates, and will be the Conservative Party’s candidate for the 2015 General Election. Huw commented as follows:

“I am honoured and thrilled to be selected and will start working immediately with Greg and our local Councillors to understand, and be involved in, the issues which matter to local residents. I have lived locally, and served my community as a District Councillor, for 8 years and, if elected, pledge to do my best for every resident of this beautiful constituency”.

Huw is aged 41 years old and lives with his wife, Victoria, and their three daughters, in Five Ashes, near Heathfield. Huw works as a Lawyer and Managing Director and is currently leading a team of lawyers who are unwinding the Lehman Brothers estate. If elected, Huw will continue to commute from his home in East Sussex to Westminster.

Huw’s focus for Bexhill and Battle will be to help create new jobs and champion better road and rail links to regenerate the town and economy.

Greg Barker MP said: “I am greatly looking forward to introducing Huw to the constituency but as a local East Sussex resident, he knows this special part of the world pretty well already! I am confident that if the voters of Bexhill and Battle give him the opportunity, Huw will make a terrific champion for our area”.

Cllr John Barnes, President of Bexhill and Battle Conservatives, said “Huw impressed by his knowledge of local and national issues. Huw gave straight answers to questions, knows the issues that the town and countryside faces from first-hand experience and is down-to-earth in his approach to politics. He will make a first-rate MP”.