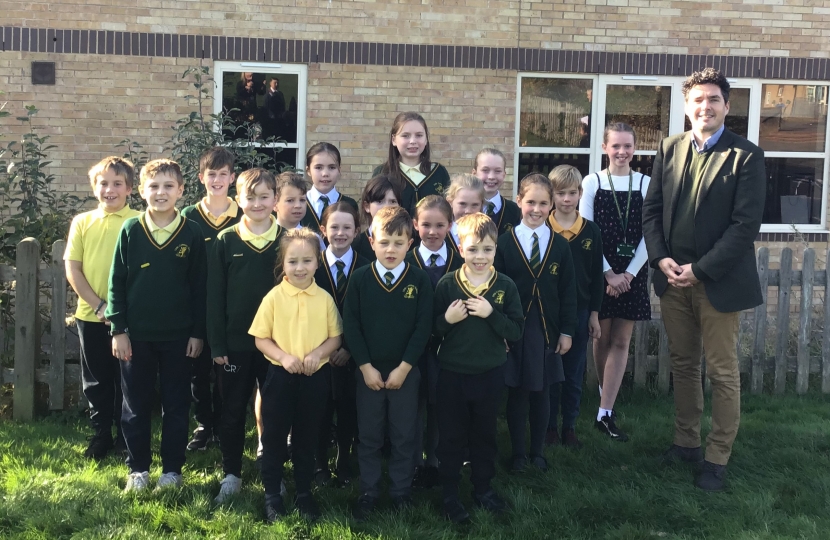 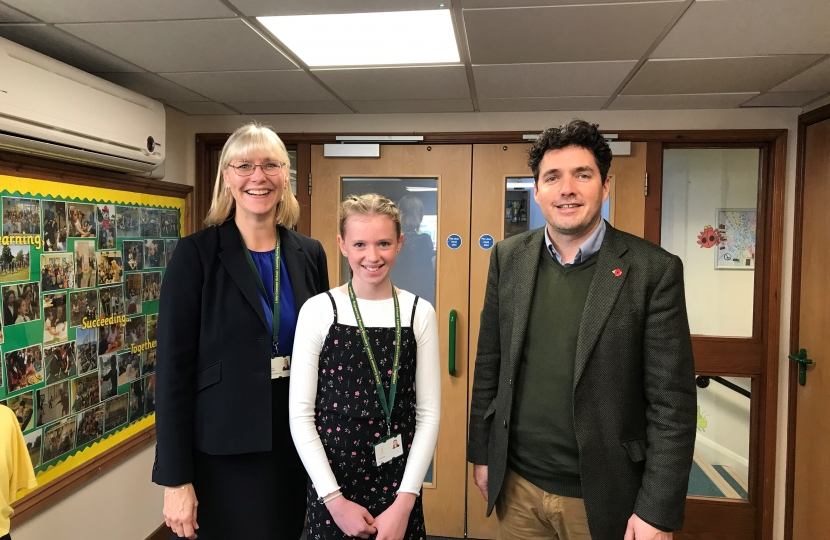 Bexhill MP, Huw Merriman, was delighted to congratulate the newly appointed school councillors at Little Common Primary School when he visited them during UK Parliament Week.

Each class, from Year 1 to Year 6, had recently voted for their class representatives on the school council.  Their appointment followed an election campaign in which pupils had to persuade their classmates that they would make a good councillor. The newly elected councillors met with Huw to discuss their roles and responsibilities and he awarded them their special school council badges. They also had the chance to talk to Huw about his role as MP and they had some questions for him about the COP26 climate change summit.

Huw’s visit also coincided with the school’s ‘Y6 Takeover Day’ where Y6 pupils get to take on the roles of the school staff.  This initiative involves Year 6 pupils writing a letter of application to explain which role in school they would like to apply for and how they would be suitable for it, just as any job applicant might. The successful applicants get to work alongside a member of staff for the day, taking on their role and responsibilities.

The roles of Headteacher and Deputy Headteacher also had a formal interview process. Huw met Emily who had been successful in applying for the job of Headteacher. One of Emily’s tasks for the day was chairing Huw’s meeting with the school council.

Huw said “It is always a real pleasure to visit Little Common Community Primary School. It is good to be back out in the constituency visiting schools which are one of the highlights of my MP work. The school council were a pleasure to chat to and I have promised to write to them about my visit to Glasgow this week for the COP26 talks.

“I was also incredibly impressed by all the pupils who had applied to be school council representatives and those who were working alongside the staff on the day of my visit. They were a real credit to themselves and the school.”

Headteacher, Linda Appleby said “ We were very grateful to Huw for coming to meet with our school council today, this was particularly special as he managed to join us on Takeover Day. Naturally Huw put Emily at her ease immediately and she ran the meeting with confidence. “