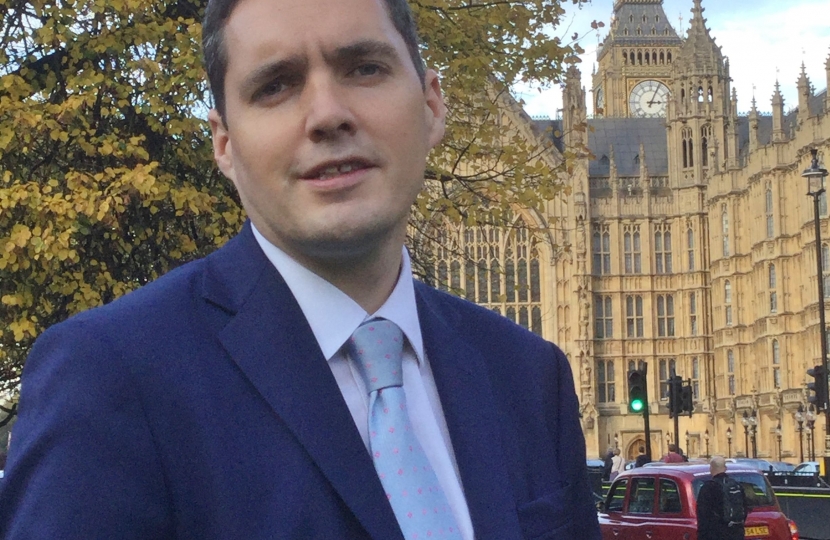 Huw Merriman, MP for Bexhill and Battle, lobbied transport Ministers for improvements to the A21 and for the High Speed Rail project when he met them in Westminster yesterday (Tuesday).

Following the Government’s renewed commitment to improving the road and rail infrastructure in the South East in last week’s Spending Review, Huw took the opportunity to lobby the Secretary of State for Transport and his Ministerial team for investment in local road and rail projects.

Last week the Chancellor re-stated Government support for the HS1 Hastings and Bexhill high speed rail proposal in response to a question from Huw during the Autumn Statement debate. Huw quickly followed this up during a meeting with Transport Ministers to lobby for road and rail improvements for the area. He also pressed the case for further dualling of the A21 to improve this key route to London, the main airports and the M25 from Bexhill and Battle constituency.

Speaking in Westminster, Huw said “It is essential that we encourage economic growth and investment in our area to provide the homes and quality jobs that local people need. Good transport links are key to this which is why I will use every opportunity to press Government Ministers for further investment to improve the A21 and bring faster rail services to the constituency.”

I am working with local Conservative MPs and Councillors and the rail authorities to deliver direct trains from Bexhill to London (via Ashford). A fleet of new trains will deliver a journey time of just 78 minutes.  I will work with our partners to deliver the business case and lobby to turn this into reality. The impact on our community, from increased investment, jobs and tourists, would be vast and would link us to our capital and beyond.