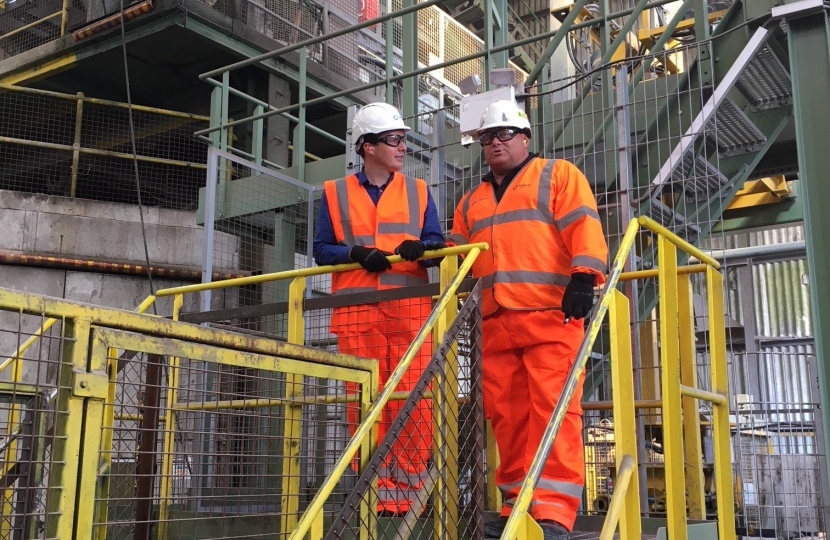 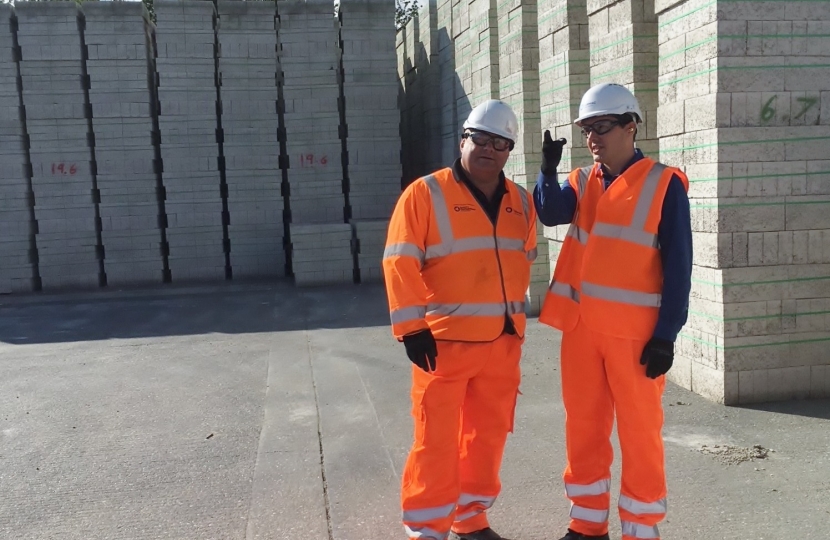 Bexhill and Battle MP, Huw Merriman, donned protective clothing for a site visit to Tarmac Ninfield Blocks plant on Monday (13 August) to find out more about how this local firm manufactures construction materials.

The Ninfield Tarmac Blocks site has been located just north of Ninfield village since 1963. Ninfield is a local operation, run by local people which supplies local building projects. But it is also part of one of the largest and most well-known building materials group in the UK, which helps to ensure its long term future. It plays a crucial role in supplying the essential building blocks to meet the Government's ambition to build 200,000 homes a year.

Huw was given a tour of the site and block-making plant by Paul Burgess, Operations Manager - Aggregates Blocks South. Paul showed Huw around the plant and site and explained to him the highly efficient process for making construction blocks for a wide range of building projects across the constituency and the south east.

Huw said “It was an absolutely fascinating visit to Tarmac Ninfield Blocks.  Having driven past the site entrance for many years, I was extremely interested to find out more about what goes on there.  I was incredibly impressed by the efficiency of their operation to produce a huge amount of construction blocks each day supporting the local house-building industry.   It is good to see a local firm playing such a key role in the construction industry.”