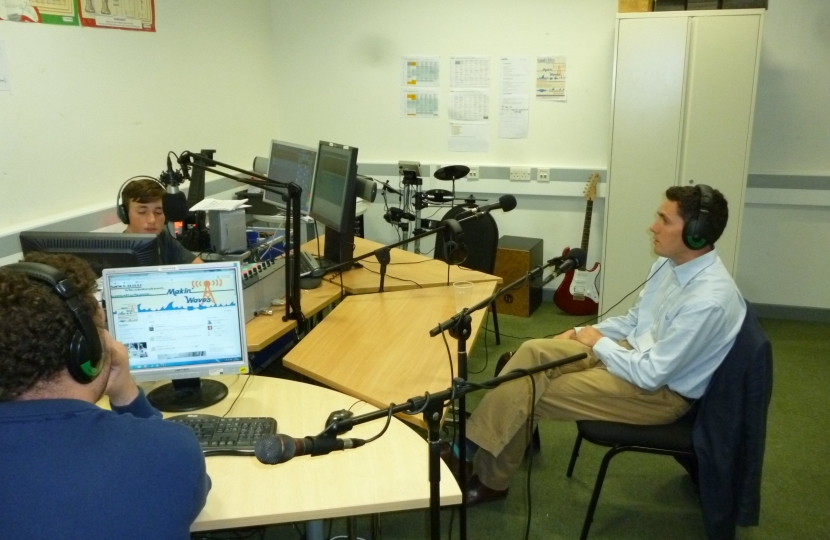 Huw Merriman, sat in the hot seat when he was interviewed on Bexhill FM last on their last day of broadcast last Friday.

The radio station which broadcasted live from their studio at Bexhill Academy from 6 to 17th July invited Huw in for a live interview with DJ and Deputy Station Manager Louis Walker.

Station Manager, Richard Harris, told Huw that the community radio station, which runs for two weeks in July each year, would like to broadcast all year round and Huw has offered his full support for their campaign.

Speaking at the studio Huw said “A vibrant and growing town like Bexhill needs and deserves its own radio station. The professional and enthusiastic team at Bexhill FM understands the needs and interests of the local community.  I’d be more than happy to put my full support behind their campaign to have Bexhill FM on air all year round.”