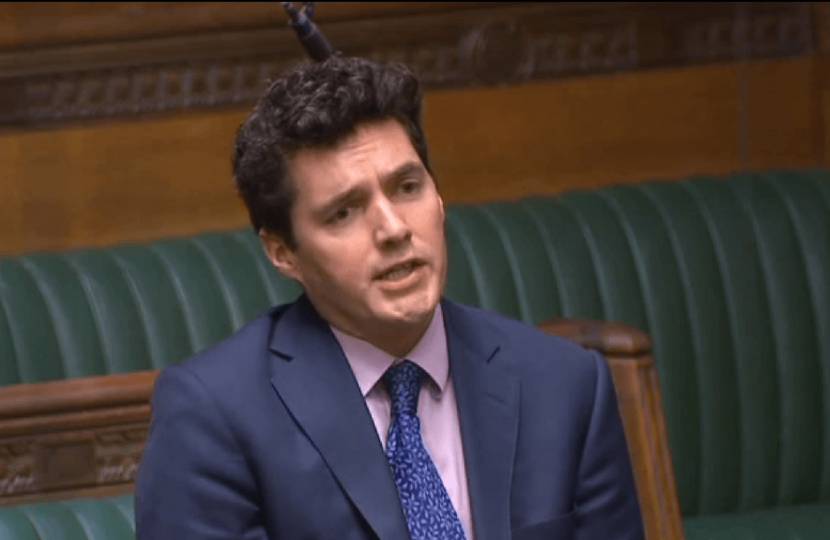 In Parliament, Huw continued to lobby for social care reform by asking the Health and Social Care minister to look at the German system of compulsory social care insurance when considering proposals for the Green Paper on social care. The insurance has only increased by 0.94% since it's introduction in 1994 despite the fact that it now covers a wide range of conditions that were not initially assessed when it was first introduced.

The Minister said the department was looking at a number of different funding options.

Huw previously spoke on the need for social care reform, which you can watch here.

One of the most pressing issues across our community is a lack of housing for those wanting to get on the ladder and the challenges faced in finding appropriate sites.