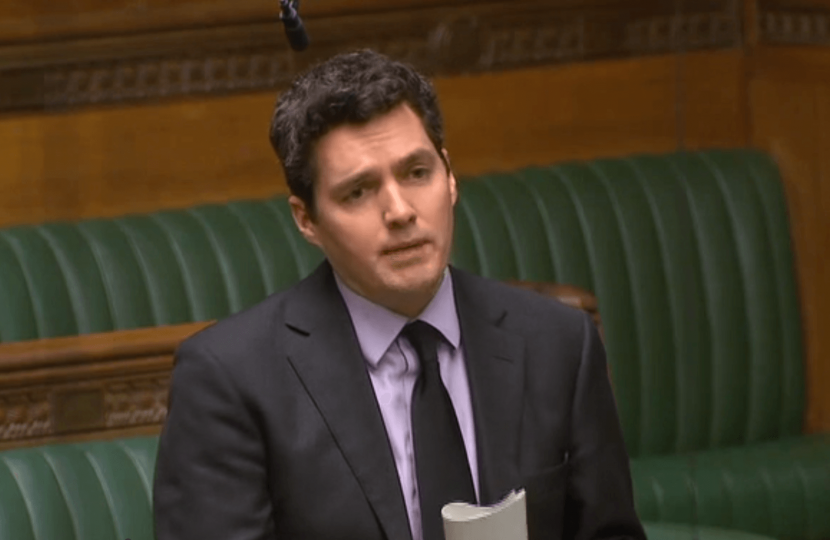 This Tuesday, Huw hosted the BBC Sport Breakfast. The Breakfast welcomed our most decorated female Olympian and Head of UK Sport, Dame Katherine Grainger, to launch a major collaboration to deliver an extra thousand hours of free sport on the BBC.

Following this, in the chamber, Huw asked the Parliamentary Under-Secretary of State for Digital, Culture, Media and Sport, Tracey Crouch, a question on the broadcasting of sport. You can watch Huw's question here: https://goo.gl/4t6bPD and read below:

What steps his Department is taking to support the broadcasting of sport on terrestrial television channels.

Sport is a key element of our national identity and the Government are committed to promoting sport and ensuring its coverage is made available to as many television viewers as possible. The listed events regime operates to make sure that sports events with a national significance can be viewed on free-to-air channels, and the Government are committed to safeguarding the regime.

This week it was an absolute privilege to host in Parliament Dame Katherine Grainger, our most decorated female Olympian and now head of UK Sport. She came with the BBC Sport team as we all launched its new platform that will allow more sports to feature on the BBC website, acting as that platform. Does the Minister agree that this is a way to inspire more people to take up more sport and become Olympians in the future?

I very much agree and congratulate my hon. Friend on his interest in this area and on hosting the launch of the BBC initiative, which I welcome. It will stream over 1,000 hours of extra sport a year, and along with the BBC connected sport app, this scheme will widen access to sports fans across the country. Colleagues who have not yet seen the live guide on the BBC Sport app should definitely check it out.