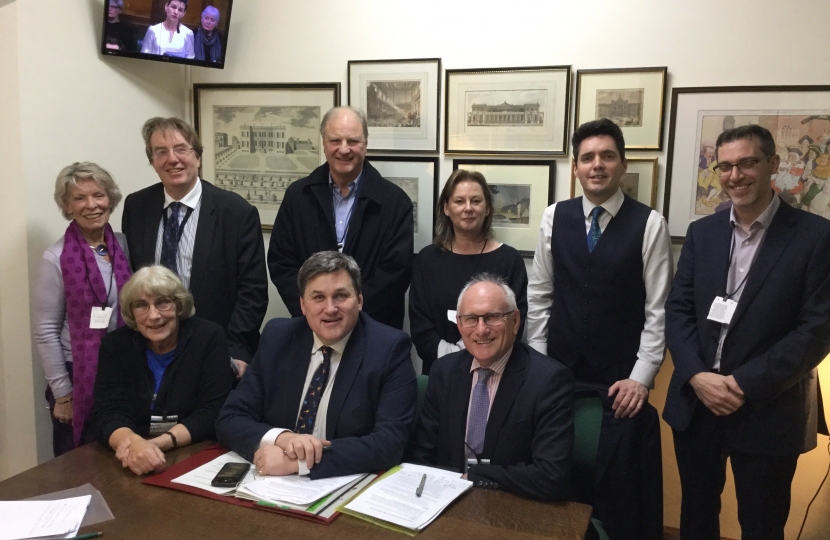 Huw Merriman, MP for the Bexhill and Battle constituency, met with Housing Minister Kit Malthouse this week along with representatives from local parishes and towns to discuss ideas on how the government can support more house-building via Neighbourhood Plans.

Inspired by the work of his local parish and town councils, Huw had taken to the House of Commons Chamber earlier this year to ask the Minister to meet with him alongside local representatives to discuss their ideas.

Neighbourhood Plans allow local communities to have their say on how their towns and villages are developed but a number of revisions in recent years has added complexity and uncertainty for towns and parishes.

The Minister was eager to hear from council representatives on ideas to improve the process so that plans can be put into place swiftly. He said of the meeting: “It was great to receive Huw and his Parish and Town Neighbourhood planning teams and hear their ideas to deliver more plans and more supported housing in East Sussex. We know that local neighbourhood plans deliver additional housing in sites which the community support so I share their ambition to deliver more plans across the region.”

Speaking on behalf of the Council teams, Cllr Stephen Hardy said they were “Very grateful to Huw for giving us the chance to tell the Housing Minister how we think Neighbourhood Plans can be improved for the benefit of all communities who have or are working towards one.” The Minister, he said, “clearly was listening carefully so let us hope the visit bears fruit.”

Having facilitated the meeting, Huw said: “Neighbourhood plans are particularly important in our area of outstanding natural beauty where delivering housing is a challenge. Empowering the communities to determine sites is key if we want to support more people getting on the housing ladder. The plans require a lot of time, effort and costs. I want to help our local Town and Parish teams to deliver plans hence it was great that they took the time to challenge the Housing Minister as to the barriers. Let’s hope these ideas lead to more reform and more plans.”

MP John Howell, who has proposed legislation to block developers from appealing planning decisions if it goes against the local neighbourhood plan, said he was eager to have further meetings with the councils. He is planning to visit the Bexhill and Battle constituency to discuss the matter further and help get more plans in place.

One of the most pressing issues across our community is a lack of housing for those wanting to get on the ladder and the challenges faced in finding appropriate sites.