Huw calls for a flight path to restart international travel 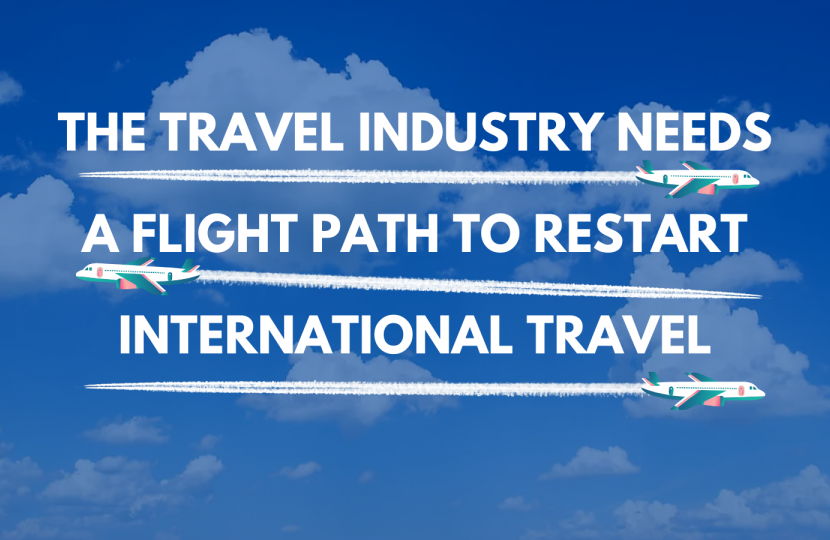 Local MP Huw Merriman spoke in an Urgent Statement by the Transport Secretary and called for a 'flight path' to reopen international travel - similar to the roadmap to unlock announced in March, but for the aviation and toursm industry.

Thank you very much indeed, Mr Speaker, for giving us this opportunity to scrutinise. You have constituents who are impacted and they should know that you have given them a voice in this place.

I also thank the hon. Member for Oldham West and Royton (Jim McMahon) for giving us this opportunity. I disagree with his suggestion that we turn the amber list to red. I believe it should be turned to green, because we have a successful vaccination programme and our NHS app. We know that the Secretary of State is pushing for that to happen later in the summer, and therein lies my question. For the domestic restrictions being eased, we have a road map with data and dates. For international travel, can we have the equivalent—a flight path—so we know what is going to happen, when and by what measure? Perhaps I could ask him to give us a little more detail now, but also consider whether he would be willing to give a little more certainty to industry and passengers alike.

I will certainly be very pleased to return to this House with further details as soon as next month. I explained in my opening remarks that there are quite a number of complexities to do with how we treat children and younger people who have not yet had the opportunity to have two vaccinations. Although we will have everybody on a single vaccination, promised by 19 July, there will still be significant numbers who would not be able to travel under that system, so there are a lot of fairness issues to resolve too. However, like my hon. Friend, I share the absolute desire to return international travel as soon as we practically can to something as close as possible to normality, while recognising that it is important that we ensure that variants of concern are properly monitored and not brought into this country. One of the problems that we have is that no other country in the world sequences the genome at the rate that we do, which means that it is sometimes very difficult to tell what is happening in other countries, so we sometimes have to be cautious, but I will return to this House.