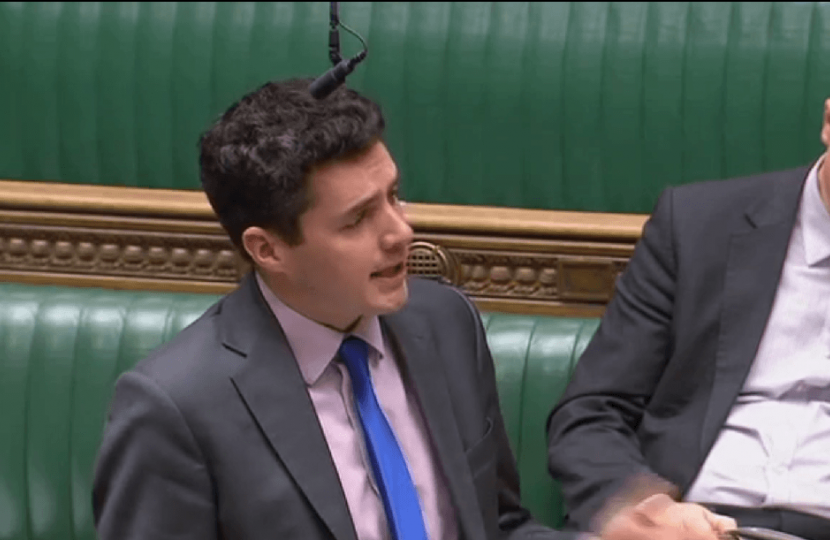 East Sussex’s bid for the Cultural Development Fund, which would have seen the creation of an enterprise zone for art galleries along the coast, was recently unsuccessful. The fund, allocated by the Department for Digital, Culture, Media and Sport (DCMS) aims to allow towns and cities across the country to invest in any cultural, heritage and creative projects that will contribute to growth and productivity in the local economy.

The recipients for this year’s £20m fund were Grimbsy, Plymouth, Thames Estuary, Worcester and Wakefield.

Following the announcement of the successful bidders, Huw took to the chamber to ask the DCMS Minister whether East Sussex would have the opportunity to apply again next year and whether he would join him in Bexhill for a cup of tea if the bid were to be successful. The Minister agreed and said the successful bidders demonstrated a good case for pursuing the fund and assured Huw he would make sure East Sussex would have the chance to bid again.

My neighbour in Hastings and Rye, Sally-Ann Hart, sent me the accompanying photo and reminded me that it had been a year to the day when it had been taken. We were out campaigning under clear blue skies in Hastings. At that point, she was a hopeful election candidate.