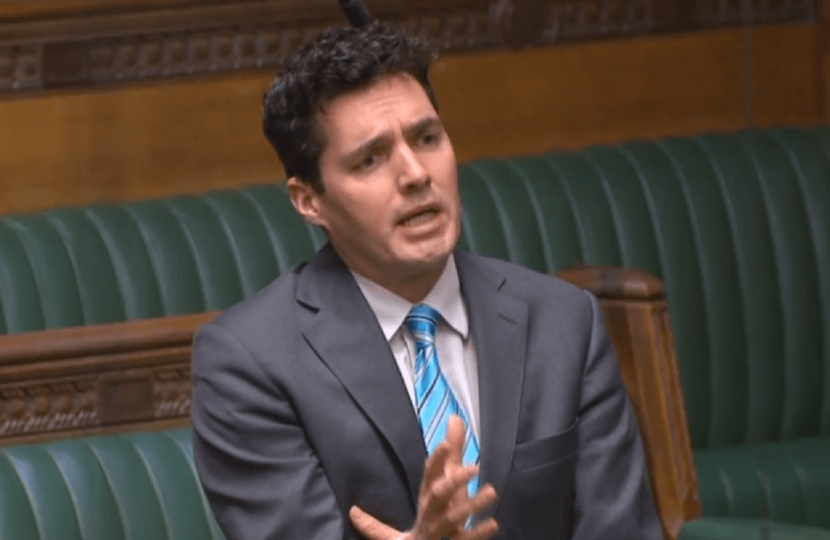 Today, in Parliament, Huw asked the Housing Minister to consider how the Government can make it easier for parishes and town councils to devise and deliver Neighbourhood Plans. These plans allow local communities to have their say about the future of their neighbourhood, including where new housing should be allocated. We know, when a community makes these decisions, that more housing gets built as a result. Huw argued that anything which provides more housing, with the support of the local community as to where it is situated, can only be a good thing.

He asked the Housing Minister to consider how this process can be made less burdensome on Parish and Town Councils and credited the Parishes of Ticehurst and Robertsbridge and Salehurst who came to lobby him about the issues involved in creating a Neighbourhood Plan. The question was inspired by their work. Huw said he looked forward to meeting the Housing Minister to suggest the ideas floated by these Parish Councils and to then work with Parish, Town and District Councillors to bring about change.