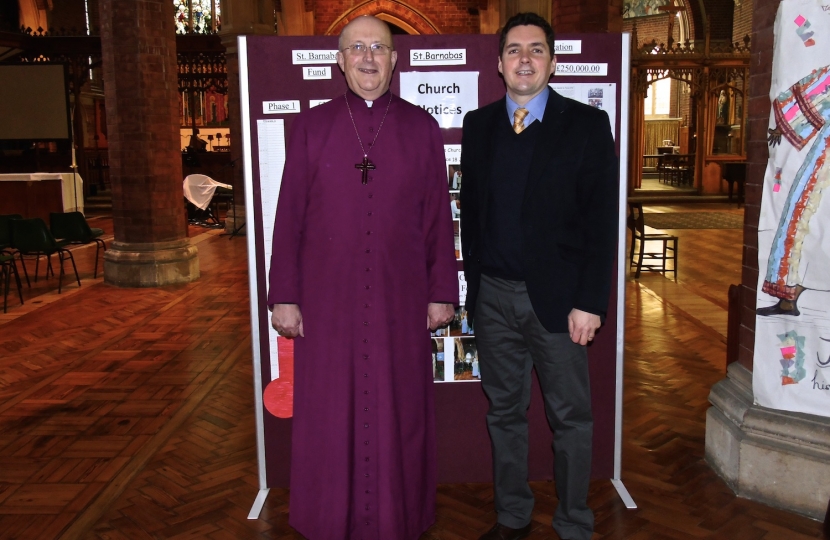 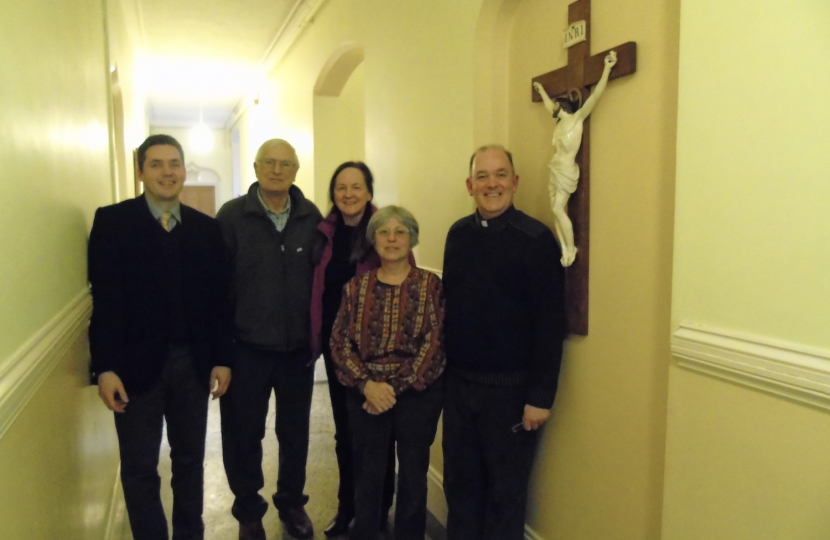 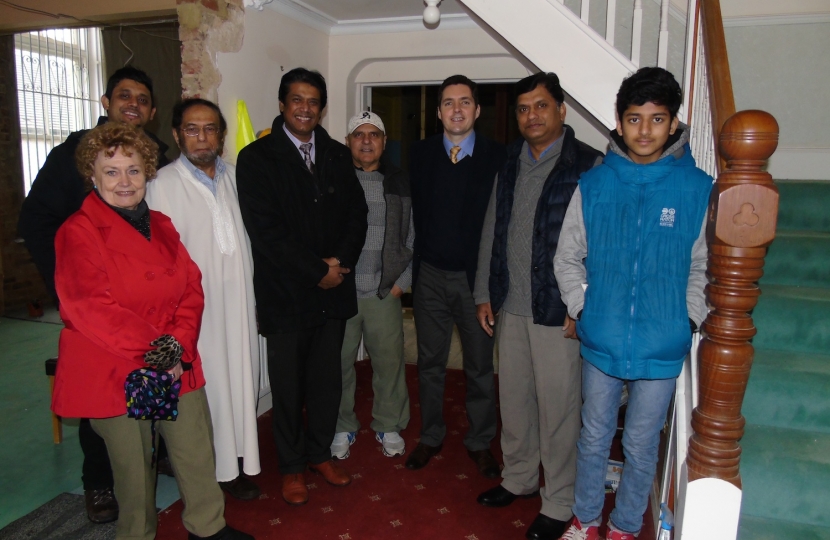 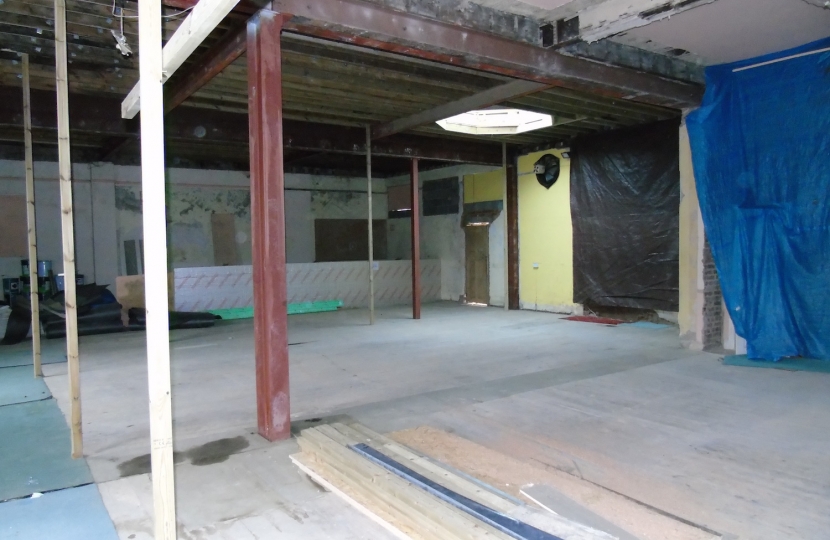 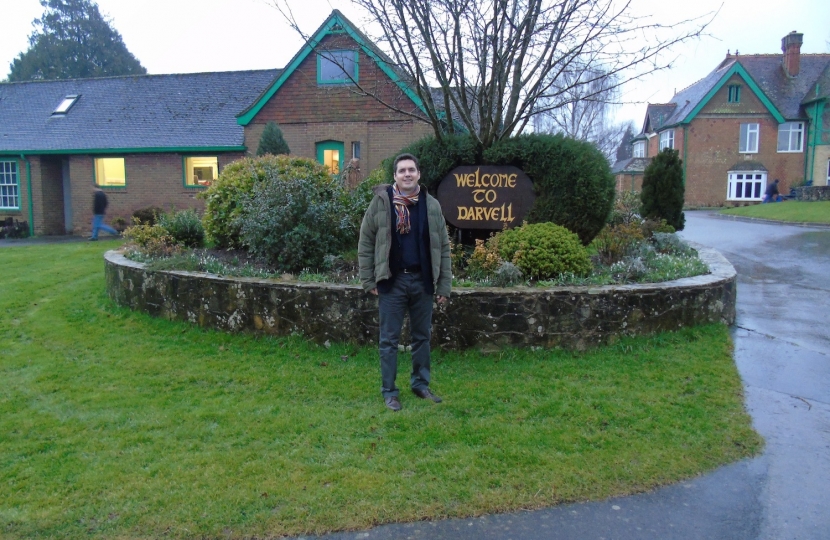 Huw's first stop was to meet the Church of England team at St Barnabas. Huw was met by the acting parish priest, and former Bishop of Blackburn, Rt Revd. Nicholas Reade, before attending morning Mass. Huw held a question and answer session with the congregation over coffee and discussed fundraising needed to reopen a once thriving community cafe now rendered unsafe until building renovations are completed.

Next stop was a meeting with Father David Parmiter and the Catholic community at St Mary Magdalene Church for an interesting discussion around overseas development  aid, current ethical issues which politicians are grappling with and the future of faith schools.

Huw then visited the Bexhill Islamic Centre and joined the worshippers at Friday prayers. Following prayers, Huw spoke to the muslim community and was given a tour of the new Islamic centre and mosque which is being built just off Station Road.

Huw's final stop was with the Christian community at Darvell, Robertsbridge. Huw was shown around the community, including the state-of-the-art furniture workshop and showroom which produces children's play equipment nationally and provides the community with employment and income.

Huw said, 'I was privileged to be welcomed into places of worship and join with congregations and religious communities to hear their views. I hope to visit more faith groups over the coming months. Faith plays an important role in our community and I want to support all faiths if I become the next MP.'