Debating the NHS in Parliament 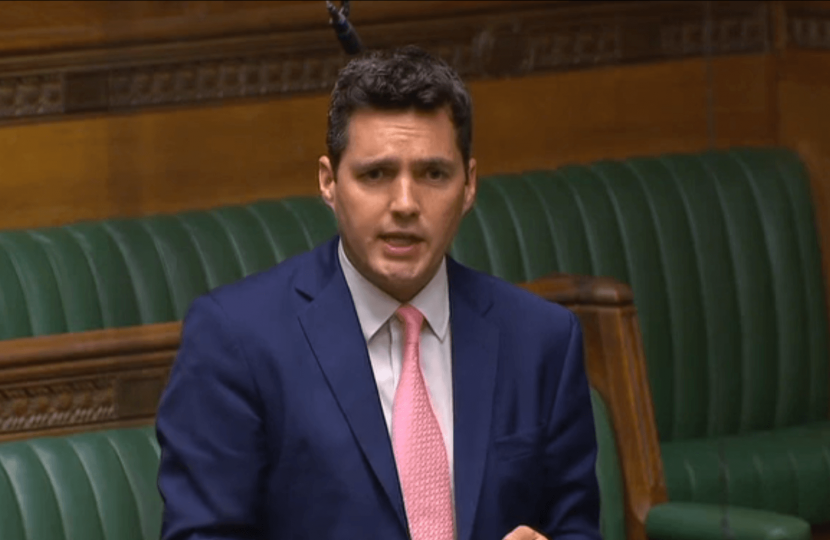 Today in Parliament, when debating the NHS I talked positively about what the last Labour Government and current Conservative Government have done. I argued that, provided that no one has to pay, a mixture of public and private (GPS, pharmacists, etc)  has proven to always work well together in delivering healthcare, and that this has been evidenced by the past 70 years. I  also spoke about the need for more funding and reform.

You can watch my speech here: https://goo.gl/he6Ktw and read below.

It is a pleasure to contribute to the debate. I want to start by recognising the achievements of the Tony Blair Government in taking the ideology out of private-public, which was good, and fast-tracking a number of patients who had been waiting too long for knee or hip replacements by allowing those operations to take place using the private sector. My own family were able to benefit from that. That was a good example of looking at what was best for the patient. It was still free at the point of delivery and ultimately within the health system.

I find it deeply depressing to hear those on the Labour Front Bench this afternoon talking in a manner that completely unwinds that, putting the NHS as a political football first and what is best for patients second. The shadow Health Secretary was so excited about the concept that I thought he was going to spontaneously combust. It is a stain on the Labour party that it would go back in time in that manner.

Far from the exaggerations that we heard, the reality is that the proportion of private spend has gone up from 5% when Labour left office—not, as the hon. Member for Oldham East and Saddleworth (Debbie Abrahams) said, 2.5%—to 8%. Since the NHS has been  born, as GPs refuse to work within the NHS system, we have had private sector partnering. We have pharmacies. We have the pharmaceutical industry. The public and private have always worked together to make sure the patient gets the best outcome. I hope that somewhere along the line, the Labour party goes back to the formula that quite frankly got it into government and remembers that the public are not concerned about the politics. They just want to make sure that the NHS will be there for them in the fastest possible time, with the best care and free at the point of delivery—and that is what goes on at the moment.

We are seeing record levels of funding within the NHS, as we did under the Blair Government; I hope Members see that I am being fair and trying to make a cross-party point. I would like to see more funding in the NHS. While I do not like to see taxes go up—I would be the last person on the Government Benches to argue for that—I think the point has come when we need to look at our income tax rates and face facts. People are living longer, and they need better care. We need more money in our social care system as well.

As well as more money, we need reform. Reform only works when more money is put into the system. As well as seeing an extra 1p on income tax, I would like to see another penny effectively suspended. We can then go back to the public and ask whether they think it is acceptable that people abuse the A&E system and the people within it, and whether people should be charged if they turn up wrecked and take advantage. Is it acceptable that people mess around their GP surgeries, wasting time and money for GPs? If that does not work, perhaps we should put a second penny on income tax, because we need to take tough decisions to make this work.

Another point I want to make comes back to political footballs. Reference has been made to Sussex patient transport, and I chaired the group on that. It was a good example of a cross-party group that with other MPs—including my hon. Friend the Member for Lewes (Maria Caulfield), and the hon. Member for Hove (Peter Kyle) from the Opposition—worked with the CCG to try to find a solution. The reality was that the contract was not stripped out of the public sector. The South East Coast Ambulance Service NHS Foundation Trust refused to carry on the service: it said it was not interested, did not tender and gave it back. There was only one bidder in town—Coperforma. The system did not work well, which is why I was glad that another bidder, not present at the time, eventually came forward. Facts matter!