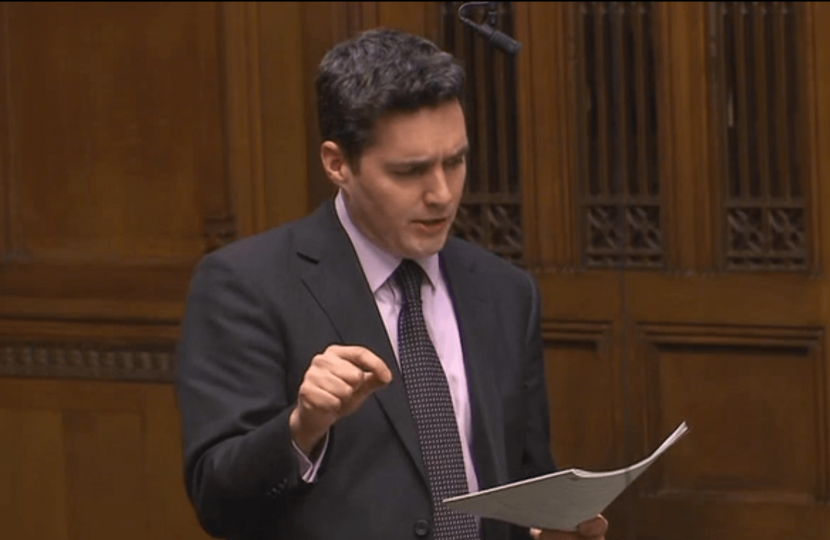 Today Huw gave a speech in the debate on Transport. In the speech Huw drew attention to local transport in East Sussex, the A259 and the Transport Select Committee Report on Community Transport. Huw's speech is a available to watch here: https://goo.gl/dgE8ao.

It is a pleasure to speak in this debate on transport. I am a member of the Transport Committee and I have a great passion for the subject. It took me over four hours to battle through the snow in East Sussex to be able to speak for three minutes in this place. Who says that this place is not maddening?

Transport is hugely important for my region. It has the ability to be an absolute game changer. Of course, any hon. Member can say the same thing about their constituency. We have heard lots of talk about the lack of subsidy in the north, for example. It is incredibly interesting that the average amount of subsidy spent per passenger kilometre in Great Britain is 5.1p, whereas in northern areas it is almost 25p. In the area I represent, where we have Southern railways, the worst performing rail operator in the country, the figure is only 1.1p. I dare say that there is a correlation between those two things. Hon. Members in the north who talk about their lack of investment may wish to look at the service that we suffer in my constituency. It clearly does not work, and I would like a lot more to be done. We should bear ​in mind the fact that the nearest town to my constituency border is Hastings—the most deprived town in the south-east. We need a better, high-speed rail link to Ashford and St Pancras that will open up huge opportunities.

I also want to talk about roads in my constituency. I happen to have the embarrassment of a road on which people are more likely to suffer a fatality than any other road in the UK. I also have two roads that are in the top 10 of the most dangerous roads. And those roads remain dangerous. Highways England modelled the A21 on a road in Scotland where 80% safety improvements had been made by using speed cameras, but then decided not to proceed with that on the basis that it had a better alternative. Eighteen months later, we are still waiting for that alternative. This is clearly not good enough.

Another instance is the A259—again, one of the most dangerous roads in the country, where residents face a maddening situation: they are seeing more planning applications in their locality, and despite their paying the council tax to help build a road that thousands of houses should go alongside, the developer is not building out those homes. That developer should be charged full council tax after 12 months of sitting tight, because those residents will get even more air pollution from the traffic on their roads and then watch an empty site not being built out where the housing should be put. For me, it is all about joining things together.

I advise everybody in this place to read the Transport Committee’s report on community transport, with reference to the 9 November clarification. The regulations that were talked about in this House have now been clarified and will not take place following the concerns expressed. I know that there has been a good lobbying effort. People need to read that report.