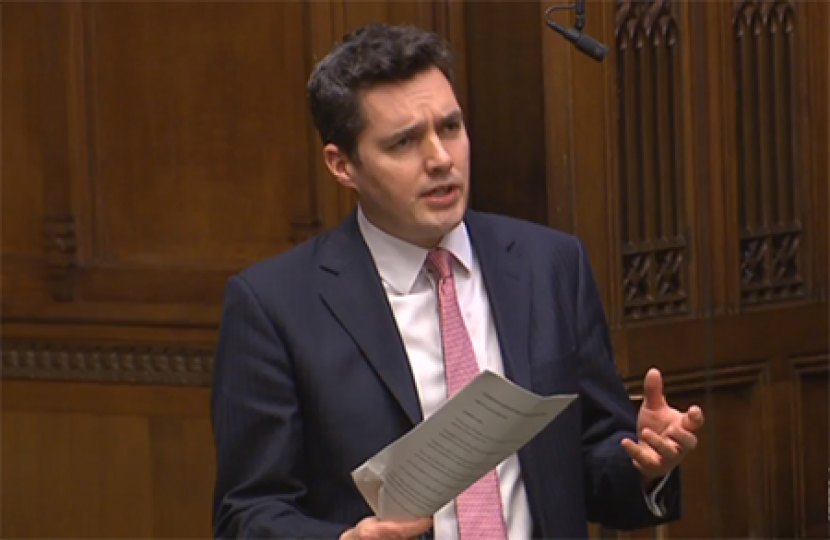 The Civil Liability Bill had its second reading and I delivered a speech focusing on the cost of insurance for young people. View the full speech here: https://goo.gl/hThP9d and read below:

I am pleased to contribute to this debate because I support the Bill hugely. One of my chief reasons for doing so is my concern about the cost of insurance premiums for young people and my appreciation for what the Government are doing for young people. I speak with two instances in mind. The first is the session held jointly by the Transport Select Committee, of which I am a member, and the Petitions Committee on the back of a petition from 100,000 members of the public who successfully petitioned this place to debate the high cost of motor insurance premiums for the young. The other relates directly to my constituency, a rural constituency of 200 square miles where, without the use of a car, a young person is severely limited in their ability to get to work, to find work and to have those experiences. We are losing young people in our constituency to the cities because they cannot afford to work and live there, and that is having a big effect on our demographics and ultimately on the social care issues facing us as well.

For those reasons, any legislation to tackle the high costs on young people has to be considered, and I urge the Opposition to consider the Bill on that basis. The cost of insurance for young people is almost £1,000— 10% of the average wage of an 18 to 21-year-old being paid out on insurance—and it means that young people have to decide whether they can continue to drive and therefore work or whether they have to do something less meaningful for themselves and for our economy. I am very supportive of the Bill on that basis.

The reforms that the Government have laid over the past few years to reduce the number of fraudulent claims have had some success and seen a reduction in insurance premiums by, on average, £50. There have been good reforms to the civil litigation procedure as well—reforming no win, no fee; banning referral fees and the use of benefits by claims management companies as an incentive to bring a claim; extending the fixed recoverable costs regime; and, for soft tissue injury claims, requiring that a fixed-cost medical report be provided at random by one of the approved medical experts. These measures have led to a drop in the number of claims from 780,000 two years ago to 650,000 last year.

It is clear, however, that we still have an issue with whiplash claims, which account for 85% of the 200,000 extra motor personal injury claim cases over the last 10 years. Of course, that is no surprise. It is very difficult for a defendant in one of these claims to establish whether a claimant has indeed suffered this injury, so there is a disincentive to try to disprove it. Added to that, the legal costs are so high that it is more expensive to fight a claim than to pay out. As a result—because of these settlements, one never knows because one never sees a medical report—we do not know whether that money is being paid out for genuine injury claims. As has been pointed out, given advances in technology and car and seat design, as well as the reduction in the number of road traffic accidents, it is completely illogical  that claims are going up. I suggest to Opposition Members who cannot bring themselves to accept that there are fraudulent claims that they look at the evidence.

I want to touch on the small claims increase, which is long overdue and makes great sense, because it brings the amount more towards the limit for most other civil disputes. Consistency makes a lot of sense. I hope the Minister will confirm that it is still the case that a judge can decide not to refer a case to the small claims track although it is worth less than £5,000, because the complexity of the case may well mean that it should be dealt with through a more court-based process. That would, I hope, reassure the Opposition.

The measure on the discount rate makes huge sense, because it will reflect investment decisions and, therefore, the yield that claimants will actually receive. However, like other Members, I should prefer a periodic payment rather than a lump sum to be the norm, or the default option. I should also like a legal test to be introduced, requiring a claimant—and, indeed, the claimant’s family—to prove that they will be able to deal with the lump-sum arrangement and that they understand the risks involved. If that test cannot be met, the system of periodic payments should apply.

Overall, I warmly welcome the Bill. It delivers for consumers and for young people, and I think we should bear that in mind rather than some of the vested interests that have been cited as reasons for not supporting it.