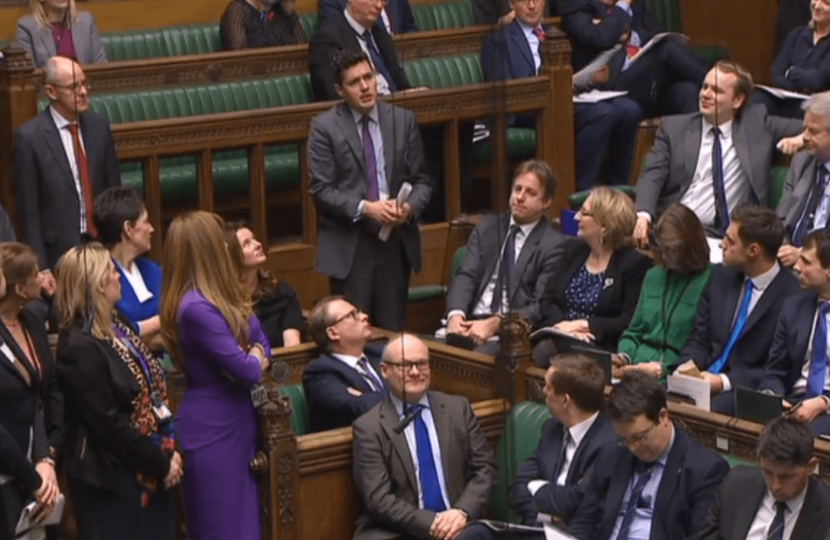 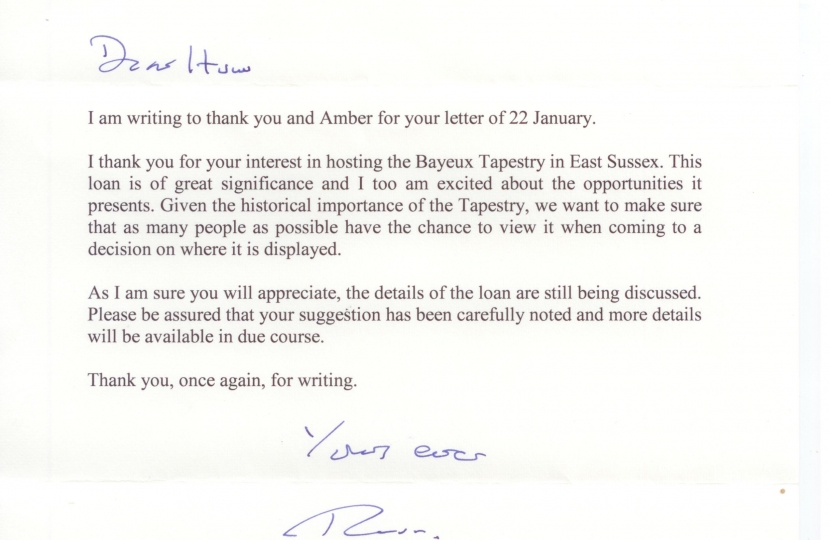 Today Huw asked the Prime Minister if she would consider Battle Abbey as a potential host for the Bayeaux tapestry. You can watch Huw put his question to the Prime Minister here: https://goo.gl/qn825j and read the exchange below.

I understand that London has been mentioned as a potential host for the Bayeux tapestry. Given that visitors to London who wish to see two sides chucking things at each other are well catered for in the Public Gallery, may I ask the Prime Minister to put in a very good word for Battle abbey in East Sussex, where viewers could not only see the tapestry but look through the window and see the rolling East Sussex countryside where sadly the Normans gave the Saxons six of the best?

It is very significant that the Bayeux tapestry is going to come to the United Kingdom and that people will be able to see it. I hear the bid that my hon. Friend has put in, but from a sedentary position on the Front Bench my right hon. Friend the Home Secretary, who represents Hastings, put in a bid on that particular issue. I am sure that we will look very carefully at that to ensure that the maximum number of people can have the benefit of seeing the tapestry.