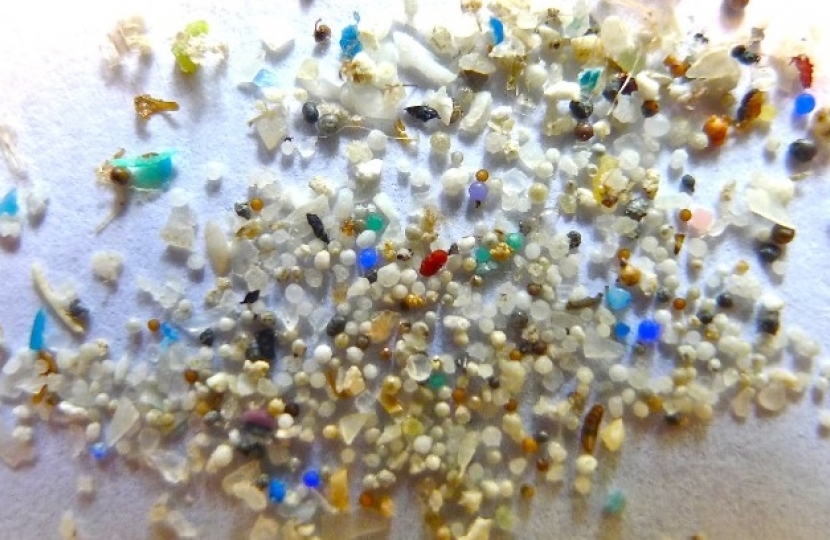 I am pleased to tell you that, following work with the industry to achieve a voluntary phase-out, the Government has announced plans to ban them from cosmetic products completely.

Ministers have consulted on proposals to ban the sale and manufacture of cosmetics and personal care products containing harmful microbeads, aiming to change legislation by October 2017. This consultation has now closed and the responses are being considered. It has also sought evidence on the environmental impacts of microbeads found elsewhere, such as in household and industrial cleaning products, and consider what more can be done in future to tackle other plastics, such as microfibers, that also enter the marine environment.

I have been contacted by many constituents concerned about the use of plastic microbeads used in cosmetic and household products. I share the concerns about the impact these ingredients can have on the marine environment and fish. The UK and our neighbouring countries are now working with the industry to see their use phased out voluntarily. The UK, along with several of our neighbours, is party to an international organisation known as the Oslo and Paris Convention for the Protection of the North East Atlantic. One of its most important objectives is to reduce marine litter, and in 2014 its members agreed a regional action plan to address this problem. The plan includes action on microplastics, and involves co-operating with manufacturers to achieve a voluntary phase out of their use in cosmetics and personal care products. Following this agreement the European trade body for the industry, Cosmetics Europe, issued a formal recommendation to its member companies to discontinue the use of microbeads in these products. It also noted that many of its member companies had done so already.