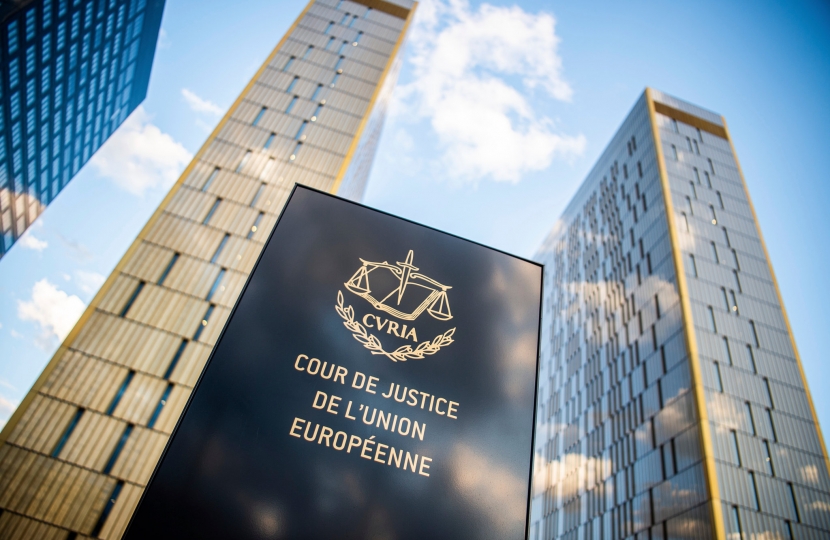 The UK has left the EU and is taking back control of its laws. This means ending the jurisdiction of the ECJ. A trade deal, however, requires a mechanism for resolving disputes. The UK has been consistently clear that this cannot be the ECJ. To have one court adjudicating over another party without it having representation in that court would be unprecedented. It does not exist in the EU's agreements with Canada, Switzerland or the EFTA member states. A Joint Committee should resolve disputes instead. This is a common feature of international agreements including the Canada-EU trade deal. Should this fail, a case could also be referred to an independent arbitration panel.

In order to provide certainty for businesses and citizens, the UK entered a time-limited transition period after it left the EU in January. This will end on 31 December 2020. This period includes a time-limited role for the ECJ.]

The rights of EU citizens in the UK has been put into UK law instead of being enforced by the ECJ as the EU originally asked for. The Withdrawal Agreement also allows UK courts to ask the ECJ for its view on citizens’ rights but it is for UK courts to make the final decision and not the ECJ. This voluntary system will come to an end after eight years.